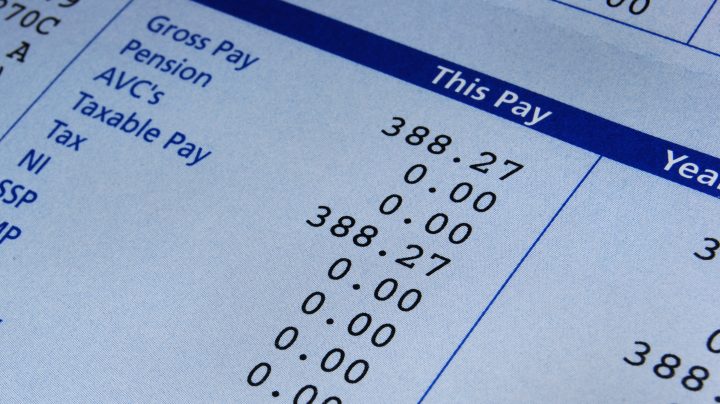 COPY
The Employment Cost Index shows that wages are rising at the fastest rate in 20 years. Getty Images

The Employment Cost Index shows that wages are rising at the fastest rate in 20 years. Getty Images
Listen Now

The amount that American employers pay workers rose faster in 2021 than at any point since 2001. That’s according to the Labor Department’s quarterly Employment Cost Index.

Data out today for the last quarter of 2021 show employers spent 4% more on combined wages and benefits.

According to economists, the Federal Reserve is especially wary of the so-called wage-price spiral: when prices across the economy rise as a result of higher wages.

That’s not what seems to be happening — yet, said J.W. Mason who teaches economics at CUNY’s John Jay College. “For most of the inflation we’re seeing now, wages are not a big piece of it,” Mason said.

He said it’s because of where inflation is rising the fastest. “It’s energy, it’s autos, rents are beginning to go up, which is a big problem. But the labor that goes into running that is a very small part of the cost of that,” he said.

Those categories fall in the “goods” bucket of this economy, not to be confused with the “services” bucket.

While prices are rising for both, economist Wendy Edelberg of the Brookings Institution said spending on goods has been off the charts.

“Like actually, literally, we have had to redraw the chart in order to show what’s been happening to goods inflation recently,” Edelberg said. Two years into the pandemic “we are all gorging on goods,” she said.

Eventually, though, Americans will stop “gorging on goods” and shift spending back to more labor-intensive services like haircuts and travel, she said.

When that happens, rising wages may start to fuel inflation, according to Chris Varvares, co-head of U.S. economics at IHS Markit.

Varvares expects wages inflation to continue its climb over the next six to 12 months “because in specific sectors there are an extraordinarily high number of unfilled jobs. That suggests that workers will have considerable leverage to support the request for still-higher wages,” Varvares said.

Even though wages are rising, they aren’t keeping up with inflation. Another reason workers may keep asking their employers for more.

Clarification (Jan. 31, 2022): This story has been updated to clarify comments about wage inflation and unfilled jobs.