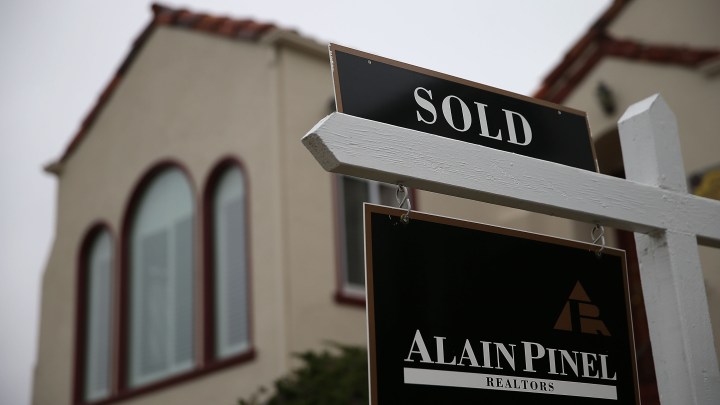 COPY
Some homebuyers are forgoing inspections or appraisals simply to have a shot at an accepted home offer. Justin Sullivan/Getty Images

Some homebuyers are forgoing inspections or appraisals simply to have a shot at an accepted home offer. Justin Sullivan/Getty Images
Listen Now

Sales of existing homes hit a 15-year high in 2021, according to the National Association of Realtors. Last year saw about 6.1 million home sales, an 8.5% jump over the previous year.

Despite the high volume of sales, inventory has remained tight in many markets, because demand has been high and sales have closed so quickly.

“You don’t really have a lot of time to sit around and go, ‘OK, well, you know, there’s pros to this house and there are cons to this house.”

Often, by the time she sees a listing she likes and contacts her broker and her agent, it’s already been snapped up.

Houses typically sell now in about a week, according to Lawrence Yun, chief economist with the National Association of Realtors.

Yet he said motivated buyers are increasingly putting up all cash or waiving contingencies for inspections or appraisal just to have a shot at a successful offer.