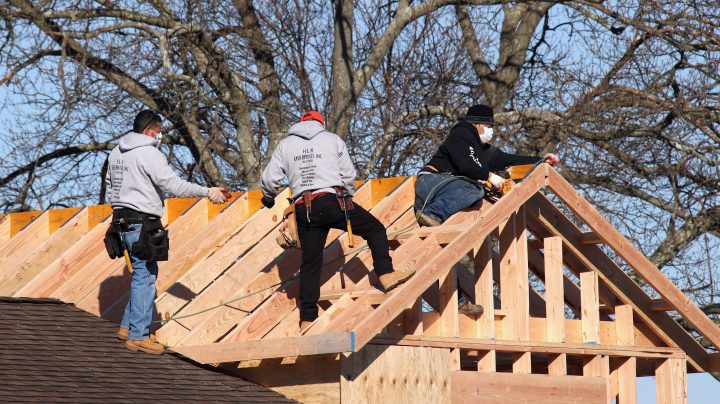 COPY
The construction industry is dealing with a labor shortage as older workers leave the field and too few young people choose to join it. Bruce Bennett/Getty Images

The construction industry is dealing with a labor shortage as older workers leave the field and too few young people choose to join it. Bruce Bennett/Getty Images
Listen Now

Daniel Piñon had been making around $15 an hour washing dishes and doing temp jobs when he decided to make a change. Last fall, Piñon signed up for an eight-week construction skills boot camp at the Colorado Homebuilding Academy in Denver. Now he’s about to start a new job helping build modular homes, earning twice as much.

Opportunity to advance and get more training — paid for by his employer — plus medical and dental benefits and a 401(k) retirement plan.

“It’s a spectacular time to go into the construction industry because the lack of employees,” Piñon said.

He’s right. Job openings in construction have been at record highs, partly because more people are quitting — as they are all over the economy — but also because there’s more demand.

“Housing already had a labor shortage in 2019, and new home sales are up 13% since then,” said Ali Wolf, chief economist at the housing research firm Zonda.

To compete for workers, she said, homebuilders are raising pay and benefits, offering signing and retention bonuses and sometimes resorting to more extreme tactics.

“You have employers that will walk onto a job site and ask the construction workers, ‘What are you making?’ and then say, ‘OK, I can pay you $2 more an hour if you come with me,” Wolf said.

Who can blame those workers if they do?

The destruction caused by Hurricane Ida in Louisiana last summer has added to the challenge of finding — and keeping — workers, said Henry Bebee, director of construction with Gracemark Homes in Texas.

“Being in the Houston market, anytime something like that happens there, we discover that a lot of the crews will run to those markets where they’re being paid double and triple sometimes,” he said.

Bebee was about to start building one house recently and confirmed with a crew the day before, he said, “and the following morning find out that they ate dinner the night before and drove to Louisiana, and just didn’t show up.”

When one crew doesn’t show up, others can’t do their jobs, further slowing a process that’s already mired in supply chain delays. But these are temporary challenges on top of a more systemic problem: The construction workforce is aging.

“Those retiring folks walking out the door aren’t being replaced by the same amount of young people standing at the door, you know, wanting in,” said Wade Hiner, with Destiny Homes in Des Moines, Iowa.

In addition to running sales and marketing for the builder, he recruits at local high schools.

“I tell any student, ‘You want to talk to me about any sort of job opportunity in the trades? I’ll take that time,’ because honestly, it’s the biggest gap that we have in our industry right now,” Hiner said. “If we don’t get it fixed, we’re headed for trouble.”

Talking up construction jobs is one thing. Even better: Making the jobs themselves more appealing.

While construction wages are up 7% from a year ago, they should be even higher, said Ed Brady, president and CEO of the Home Builders Institute, a national nonprofit career training group. And wages alone aren’t enough.

“I think we need to really have a longer-term solution, and that is to bring people into the industry with a good career pathway, more stability, with benefits to be competitive in the marketplace,” he said.

Stability, in a cyclical industry, can be hard to come by.

Daniel Piñon had worked in construction before as a union carpenter. But like many, he left the industry after the housing market crashed in the mid-2000s, taking the economy with it. Now he’s ready to jump back in.

“Right now is the best time to do it,” he said. “The industry is just booming.” 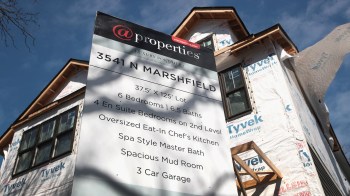