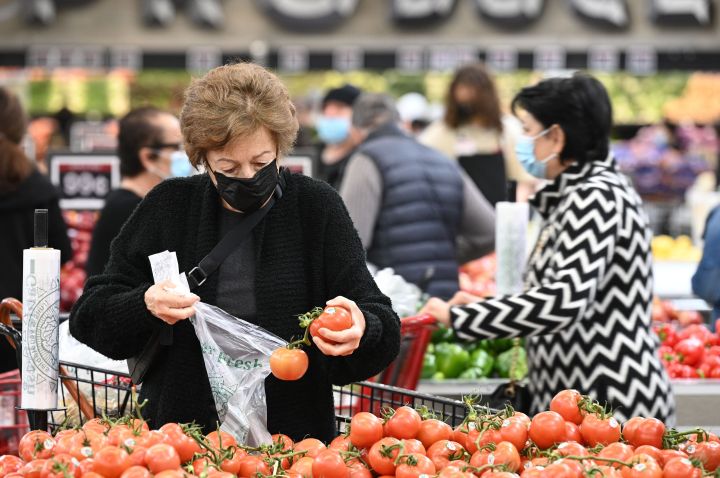 COPY
Rising prices for things like food and gas were key worries mentioned by poll respondents.

Amid rising inflation and uncertainty about the trajectory of the pandemic, a new poll finds that over half of Americans are “extremely worried” about the direction of the country over the next 12 months.

The most recent Mood of the Nation poll was conducted by the McCourtney Institute for Democracy at Penn State in collaboration with APM Research Lab (which is part of the same organization that produces “Marketplace”) between Nov. 30 and Dec. 7.

Eric Plutzer, a political science professor at Penn State and director of polling at the McCourtney Institute, spoke to “Marketplace’s” David Brancaccio about the poll’s findings. The following is an edited transcript of their conversation.

David Brancaccio: A majority of Americans said they were extremely worried about where the country is headed, and hope in the future was not in large supply in this survey. Were you surprised?

Brancaccio: COVID, of course — but what about hope or worry about the economy, given superduperlow unemployment at the point that you were checking?

Brancaccio: But it was interesting, I was looking at your data — the economy didn’t rank all that high just as a general subject. People are worried about other things.

Brancaccio: I could just imagine, professor, when you were planning this survey in advance, and you’re thinking, “OK, it’s going to be Nov. 30 through Dec. 7. And, you know, we’ll be going into the holidays. I’ll find some hope.” And then, of course, omicron is bannered across every headline during your survey.

Plutzer: Yes, that certainly must have put a damper on things. And what I would say is that, on the hope side, we had very few people that were extremely hopeful, but we also didn’t hit our all-time high for people that couldn’t name anything [to be hopeful about]. In previous surveys — one in 2016, for example, when we asked people what they were hopeful about, 4 in 10 couldn’t name a single thing. So [this time] very few people said they were extremely hopeful, but most people could come up with something — and they might be a little hopeful, somewhat hopeful. And so I would say that, basically, the country is really worried but cautiously optimistic. And it’s possible for them to hold both of those ideas at the same time.