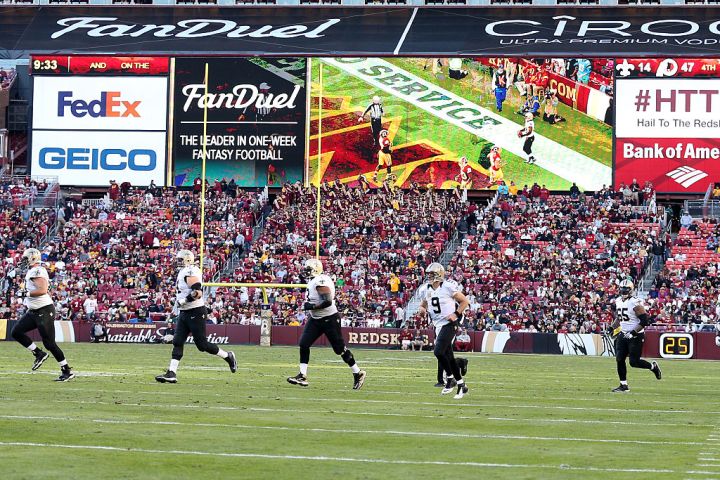 Last weekend marked the first time New Yorkers could make legal online wagers on the Jets or Knicks or Yankees. After a 2018 Supreme Court decision overturned federal restrictions, more than 30 states have legalized some form of sports gambling.

One potentially lucrative holdout: California. There’s a flurry of interest groups, from Native American tribes to online gaming sites, that are fighting for their slice of the action.

Whoever runs sports gambling in California is going to make a lot of money.

“California is the holy grail, it’s the biggest piece out there, but unfortunately most people think it’s going to be the last piece of the puzzle,” said Peter Schoenke, a board member of the Fantasy Sports and Gaming Association.

Some Native American tribes want to restrict sports betting to their casinos; online platforms like FanDuel and DraftKings want gamblers to be able to bet from anywhere.

So with potentially tens of billions of dollars at stake, “California is just been very difficult political environment to get anything passed,” Schoenke said.

The interest group lobbying efforts have produced four separate initiatives that could be on the midterm ballot in November. But money can be an incentive for compromise, said Thad Kousser, a political science professor at UC San Diego.

“They can withdraw and not have to pay the millions of dollars it takes to win a ballot fight,” he said.

If there is no deal, online gambling platforms have already pledged $100 million for the campaign. You know what they say – always bet on yourself.