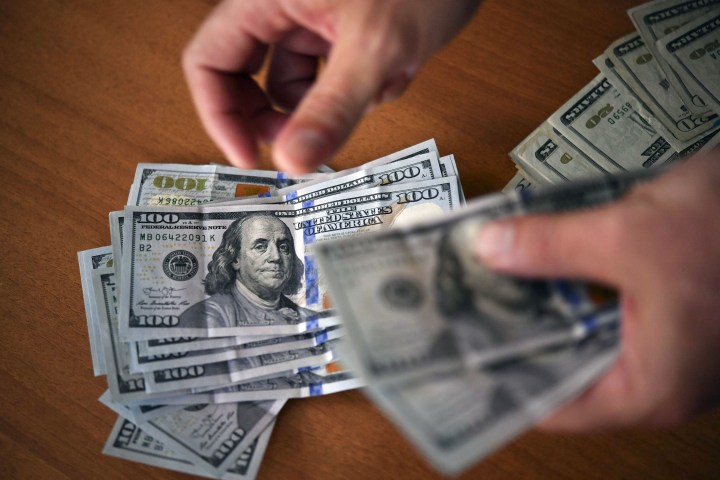 COPY
A program's default option, in which participants are automatically enrolled, makes it easy to choose but isn't always the best choice. Yuri Cortez/AFP/Getty Images

A program's default option, in which participants are automatically enrolled, makes it easy to choose but isn't always the best choice. Yuri Cortez/AFP/Getty Images
Listen Now

“Default” could mean when you don’t pay what you owe. It could be the default factory settings that you tamper with at your own risk. Or we may want to embrace default — the default option when it comes to making financial decisions.

New research that studied French employer-sponsored savings plans emphasizes the importance of a well-designed default option when thinking about finances — from Social Security to retirement savings. Marketplace senior economics contributor Chris Farrell spoke with Marketplace’s David Brancaccio about the takeaways. The following is an edited transcript of their conversation.

David Brancaccio: So the default option that may have magical properties — it’s about the choices you get when you sign up for retirement plans, right?

Chris Farrell: That’s right. So you sign up for a retirement plan or you’re automatically enrolled in a retirement plan, but you don’t want to decide “where am I going to put my money?” Then your employer has designated an investment fund that they’ll put you into, and the jargon term for that is the default option.

Brancaccio: And they tested this in France and it turned out that when there are a lot of choices, a lot of the workers just kind of throw up their hands.

Farrell: Yes, this recent study came up with what so many studies have said, which is that people get overwhelmed. And in fact, they can get so overwhelmed that they just decide, “I’m not going to even participate.”

Brancaccio: It’s like when you’re trying to watch something on, say, Netflix and there’s too many choices, and you end up watching nothing. But if the employer does offer a default option that employees are likely to embrace, it better be a good option.

Farrell: The architecture really matters — I’ll give you a quick example. Sweden has, essentially, a national 401(k), and in 2000, participants could choose from 465 funds. One of the choices was the default choice, but the government said, “Look, don’t go with the default. We want you to construct your own portfolio.” And it turns out that two-thirds of participants took up the challenge. But as time passed, the numbers of Swedish workers picking their own portfolios shrank to less than 5%. Instead, they just went to the default option. Turns out, that was a good choice. The default fund was carefully constructed, it was well diversified and it had low fees.

Brancaccio: One of the lessons here in the U.S. would be the personal finance expression “Keep it simple.”

Farrell: That is one of the most important expressions in personal finance, and I really wish that more policymakers would pay attention to it. On my bookshelf, I have two books: “Get What’s Yours: The Secrets to Maxing Out Your Social Security” and “Get What’s Yours for Medicare: Maximize Your Coverage, Minimize Your Costs.” These are wonderful books, they’re a wealth of information. [Yet] each book is over 300 pages. And so Social Security and Medicare have become extremely complex to navigate for the typical retiree.