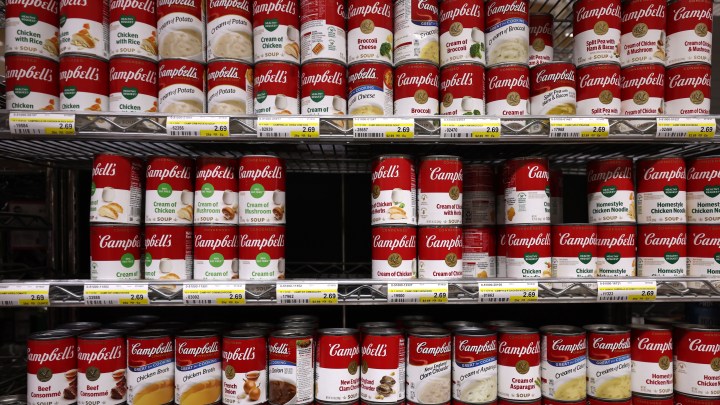 COPY
Instead of shying away from the words "inflation" in the '70s, Campbell Soup chose to use it a corny ad campaign. Justin Sullivan via Getty Images

Instead of shying away from the words "inflation" in the '70s, Campbell Soup chose to use it a corny ad campaign. Justin Sullivan via Getty Images
Listen Now

Brace yourself for more talk of the i-word next week, when the Feds come out with the latest inflation numbers Wednesday. While rising prices typically present a headache for businesses, some brands are using inflation as part of a broader advertising strategy.

The latest radio ad for the fast-food chain Del Taco is mostly about car prices.

“Hey, I’m loving this car. But does it really cost a bajillion dollars?” says the first voice. “That’s the sticker price,” responds the second.

“What’s the actual price?” asks the first. “One bajillion dollars,” the second says.

“Traditionally, inflation does favor fast-food restaurants,” he said. “You get some trade from the grocery dollar to the restaurant dollar.”

The Del Taco ad doesn’t actually say the word inflation. That’s a change from the 1970s, according to AdWeek magazine editor Robert Klara.

“Campbell Soup had an ad that said, and I quote, ‘One good way to beat inflation is to put your money into chicken stocks,'” he said.

Get it? Chicken stocks? 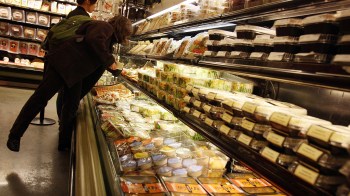