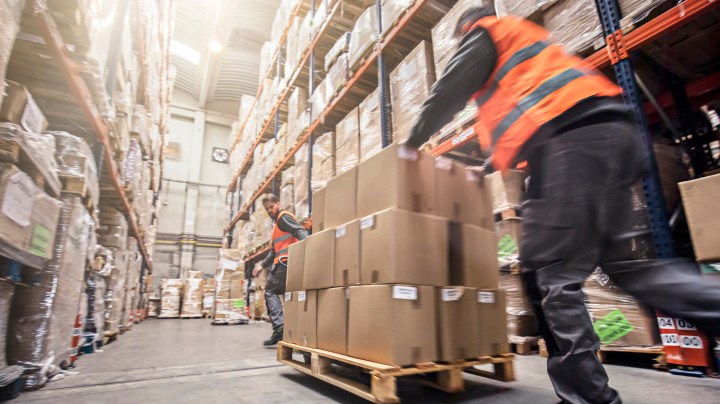 COPY
Labor productivity is a measure of worker output and can be used by the IRS to forecast tax collections. xavierarnau via Getty Images

Labor productivity is a measure of worker output and can be used by the IRS to forecast tax collections. xavierarnau via Getty Images
Listen Now

On Tuesday, the Bureau of Labor Statistics released a revised look at third-quarter labor productivity, a number economists watch closely. And it was not good news.

The BLS said worker productivity fell about 5% — the biggest drop since 1960.

Why should the rest of us care?

Economist Erica Groshen used to run the Bureau of Labor Statistics — she cares a lot about the labor productivity number. It’s a measure of worker output, she explained, the upshot of our toil behind a desk or machine.

“For one hour of work how much, on average, do we produce,” Groshen said. Labor productivity data can tell us about our standard of living, she said, which could rise if we are more productive.

The IRS can use it to forecast how much it’ll collect in taxes — if productivity rises workers and businesses can make more money and pay more taxes. But economists aren’t going to hang their forecasts on the labor productivity number. It’s just one piece of the puzzle.

“That productivity piece is probably one of those fuzzy pieces, you’ve been trying to figure out where it goes,” said Ellis Phifer, a strategist at Raymond James.

Worker productivity can confirm other data he follows. Phifer wasn’t surprised when productivity dropped over the summer. Think about what was happening: Prices for raw materials and wages were rising. And when it costs more to make something, that’s inefficient.

“The unit labor cost has been rising. I think that’s probably the biggest issue,” Phifer said.

Labor productivity is about long-term trends, and it generally goes up. It’d be very unusual for productivity to keep falling, according to Brookings Institution economist Stephanie Aaronson.

“Times I can think of where we’ve seen a really sustained drop in productivity growth are like when Rome fell, and the barbarians took over,” she said.

Fortunately, the barbarians are not at the gate — it’s just the pandemic.