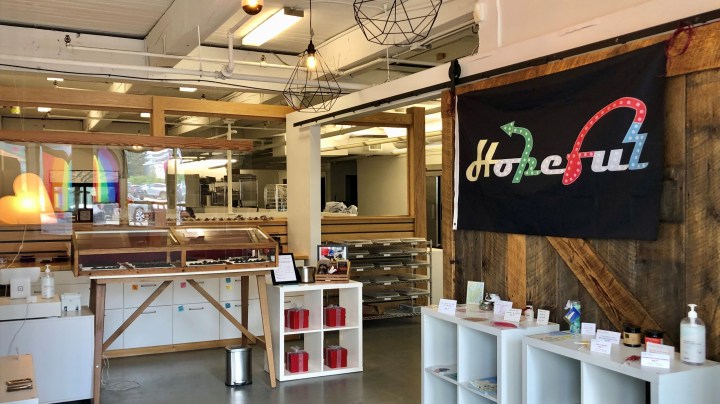 For retailers, it’s looking pretty certain that this will be a holiday season plagued with backorders as major ports struggle to unload container ships. At the same time, wages in the third quarter rose at the highest rate on record, according to the Department of Labor. What does this mean for retailers making a go of it?

“Marketplace” has been following several small business retailers throughout the pandemic as they deal with staffing issues, inventory issues and rising prices. The following are their accounts on the state of business as they head into the holidays. To listen to their stories, use the media player above.

“Business has been strong. We are up over last year, and we definitely have seen some price increases across the board. It might be an extra 50 cents. We may add it, or we may look at the item and say, ‘You know what, we’ll just take a lower markup on this.’ We have a note up by the front desk that if you see something, we’re imploring [customers] to buy it now because we are getting warnings from manufacturers, probably weekly. And I am spending an inordinate amount of time chasing the orders that I’ve placed, all the way back from the beginning of the year. People know that when they come in here, too often they will say, ‘Oh, we just saw [a toy] last week.’ And then they go to buy it a week later and it’s gone. So they’re really taking the whole ‘buy it now’ thing seriously.”

Gary Merriman, owner of The Fish Hawk in Atlanta, Georgia

“We actually sent out a blog about prices changing and supplies being a problem as we get close to Christmas, and it has helped. Some people are noticing, particularly people that were thinking about buying a rod probably back in August, and they come in and that rod has gone, as an example, from $575 to $650. You know, we had kind of a little pickup in supply back in mid-summer. And then with the new variant, it sounds like it shut down a lot of other factories or slowed them down. Still, I’m feeling pretty optimistic. People are gonna want to spend money. It’s just whether I have the product for them, that’s kind of still an unknown to me.”

“The last couple of months have been busy — very, very busy. We’re still getting most of our business from our original store; the walk-in traffic there has really grown tremendously over the past several months. We’ve definitely gotten a lot more corporate orders. And turn-down service, it’s kind of all over the map, to tell you the truth. But we’ve also just started working with a brand new hotel, and they seem to be ramping up their turn-down service and their guests’ amenities. Our prices have stayed the same for a long, long time, and we are feeling a little bit of a crunch. Our payroll is higher because we have so much more demand. Right now, we’re still gonna stay the course, in terms of our prices. We’re not planning on raising them in the foreseeable future. You know, if we sell more chocolate with a lower profit margin, we’re still going to be OK. But we can see a path to remaining profitable if we continue to see greater demand.” 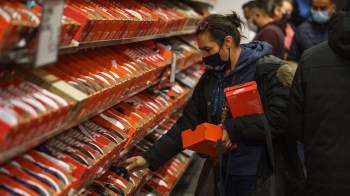