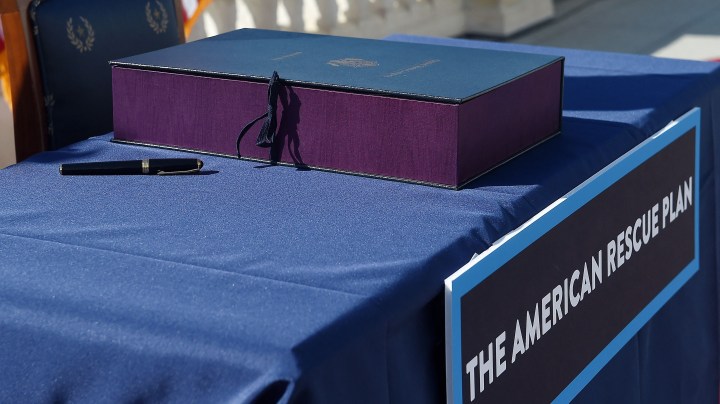 The money was meant to help tribal governments manage the pandemic, support tribal citizens and businesses through economic turmoil, and boost infrastructure.

Close to 600 tribal entities got a piece of that pie. But more than half of the money was doled out to just 30 of them.

The Aquinnah Wampanoag Tribe is based on the island of Martha’s Vineyard in Massachusetts. It received about $9 million from the American Rescue Plan to keep its roughly 1,400 citizens afloat.

“Which we are so grateful that we received because we’ve never received that kind of money,” said Chairwoman Cheryl Andrews-Maltais. She was disappointed when she learned what some other tribes received.

Most of the top beneficiaries have huge populations. The Navajo and Cherokee Nations are each pushing 400,000 citizens and netted about $2 billion apiece.

But also in the top 10 are some small but economically powerful tribes, like the Mohegan Tribe of Indians — which is close in size to the Aquinnah Wampanoag but received over $200 million.

“We’re not begrudging tribes’ needs, but it can’t be at the expense of tribes that have been marginalized,” said Andrews-Maltais.

The Treasury Department divided up the money based on each tribe’s population, but also on the number of people each tribe employs. It did not take into account things like COVID-19 infection rates or existing poverty levels.

“I think the practical nature of data availability on short notice really drove a lot of the decision-making,” said Eric Henson with the Harvard Project on American Indian Economic Development.

He said there are major data gaps in Indian Country. So the Treasury had to use “what’s available already or with rather minimal effort.” Hence, population and number of tribal employees.

That second number is highest for some of the most economically prosperous tribes, like the Seminole Tribe of Florida, which owns the Hard Rock casino brand and employs around 16,000 people. That tribe received about $400 million in federal aid.

But most tribes’ economies are much more modest.

Take the Eastern Shoshone Tribe. It’s got a similar population to the Seminole — about 4,000 citizens. But its small casino in central Wyoming isn’t exactly raking in cash and has fewer than 100 people on its payroll.

“That’s not fair to the tribes that have smaller businesses. The size of your business is dependent upon the economy of that area,” he said.

The Eastern Shoshone Tribe received about $22 million from the American Rescue Plan and plans to spend much of it on infrastructure improvements.

St. Clair said the aid will go a long way in helping all tribes get back on their feet. But it won’t level the playing field. 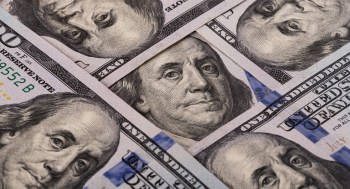