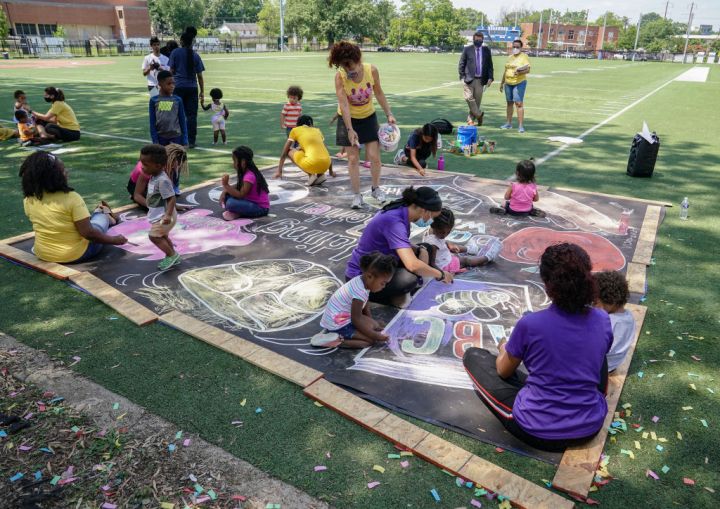 Congressional Democrats continue to tussle over details in a $3.5 trillion spending proposal. The advance child tax credit is up for debate – the expanded policy provides households with monthly cash deposits of up to $300 per child. Sen. Joe Manchin of West Virginia wants those benefits to come with work requirements, which many fellow Democrats oppose.

Work requirements have been useful for some safety net programs, said Diane Schanzenbach, an economist at Northwestern.

“The earned income tax credit and the incentives built into that have drawn many low-income workers into the labor force,” she said.

But Schanzenbach also says it doesn’t make sense to deny kids the benefit based on whether parents work.

“How much do we want to punish them because mom lost her job, or because mom’s, you know, got mental health issues?” she said.

Working parents need child care. Joanna Arreola Castaneda works two and half jobs now, but she stayed home when her three kids were younger. She said child care is hard to find where she lives, in Nebraska.

“So that’s kind of another stressor for other families. Where do I take our kids if you want us to look for jobs?” she said.

Most parents who receive the child tax credit right now are working, and according to a September survey, 94% say they’ll keep working if the monthly benefits continue.