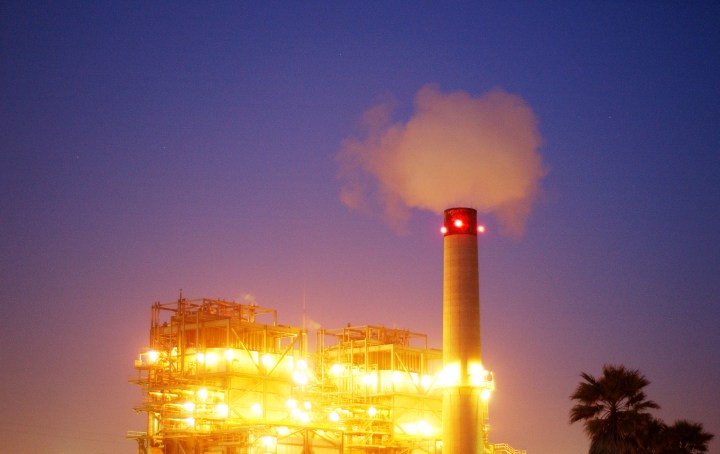 We’re watching one documentary a month for our Econ Extra Credit project, and this month it’s “Enron: The Smartest Guys in the Room” – about the accounting scandal that exploded into the public eye 20 years ago next month.

But one part of the Enron story that we’re still seeing echoes of today is the company’s involvement in the 2000-2001 California electricity crisis, where energy companies manipulated markets and prompted large-scale blackouts after lobbying the state to deregulate energy markets.

Marketplace’s David Brancaccio spoke with Vijay Vaitheeswaran, global energy and climate innovation editor at The Economist and host of their new podcast “To a Lesser Degree.” Below is an edited transcript of the conversation.

David Brancaccio: When you think Enron, you think creative accounting. But Enron is also famous for extracting an estimated $30 billion from the people of California by gaming that state’s electricity market. You don’t blame Enron for that?

Vijay Vaitheeswaran: Absolutely — the way that I blame Lehman Brothers or any crook that breaks the law. But I would point out that there’s more blame to go around than just greedy capitalists seeking a form of deregulation, which is what Enron advocated, along with other energy companies at the time. The question is: What did the regulators and the politicians do in response? The rules that were set up in California were dumb rules. If you’re a self-interested, greedy energy trading company that’s looking for a loophole — which Enron surely was — you see that as opportunity. And they created crazy schemes with names like “Get Shorty,” where they would round-trip power and drive up prices artificially in order to benefit from that.

Brancaccio: Is it that the regulators are just not too swift? Because at the same time they’re getting lobbied heavily by industry, so the rules are partially an expression of what industry asked for.

Vaitheeswaran: Let’s remember, there is no such thing as a free market in energy. When we talk about deregulation, what we’re really talking about is a change in the rules to permit more or less competition in different parts of the generation, the transmission and so on. So what California chose to do was to change some rules, but they did it badly — and almost every serious assessment of California’s power crisis also faults the way that deregulation was done. That’s not to say that all market reform has to be bad; we can look at lots of other parts of the world that got it better. In particular, if we look at another energy market for natural gas in America, which is a deregulated market, but it’s a federal market, and it’s supervised by federal authorities — unlike the electricity market, which is balkanized and regulated state by state. So we can see, immediately, that simply saying “deregulation, because it was in the back pocket of Enron paying off politicians, man, that’s where they went wrong” — that’s a simple minded way to look at this topic. There are always degrees of deregulation in any energy market. The question is: How vigilant are your regulators in watching for predictable behavior by the bandicoots, that are the capitalists in the system, in this case, the energy traders? We could look at short sellers, or we could look at Wall Street actors like Lehman Brothers and say, is the SEC watching? And the answer is yes, the financial regulators in America are very good. They watch. And still, once in a while, they get it wrong.

Brancaccio: Do you see any echoes of the California mess, all those years ago, with what happened in Texas during the sudden cold weather last winter?

Vaitheeswaran: I think the right way to compare California and Texas is a market that’s gotten its rules wrong. Bear in mind, Texas is not a free market in energy. But they have a more competitive marketplace than some other markets like the northeast of the U.S. They allow prices to spike high in order to send a signal to encourage more generation. But what they don’t have is any kind of … in other markets, they encourage companies, or reward them, for having spare capacity online in case of the weather that comes along once in a century, allegedly, but now we’re getting once in 10 years. They didn’t encourage the weatherization, for example, even though in Texas they had had previous episodes where the lack of winterization had led to power crises. We know this from history. So in this case I would say yeah, regulators did not get the rules right. And they still haven’t acted to fix those problems.

Brancaccio: Now, I take your point that there’s no such thing as a free market in the case of energy markets. But you’re also arguing very forcefully that there’s a strong role for the government; that the private sector doesn’t work these things out naturally without the participation of the regulators.

Vaitheeswaran: There’s no doubt that electricity is not like bananas or copper. Electricity is a precious resource; it’s, to some degree, a public good. We couldn’t have the modern economy without electricity; I can go without bananas for a while. And so there is a reason for government to be interested. But more than that, the way energy markets are organized, if you don’t have coordination among suppliers, producers, the distribution wires that come to your house — this is not a kind of scenario where you can have hundreds of companies trying to dig up the streets to put in wiring to your house to get power. You need coordination. That’s the legitimate role of government. So, yes, this has to be regulated. It’s just a question of degree: What are the rules? Are they sensible? And ultimately, we anticipate in a capitalist economy that companies will try to press for their own advantage and look for loopholes, the way that companies like Enron did. And so the role of the regulator is to watch for those abuses.