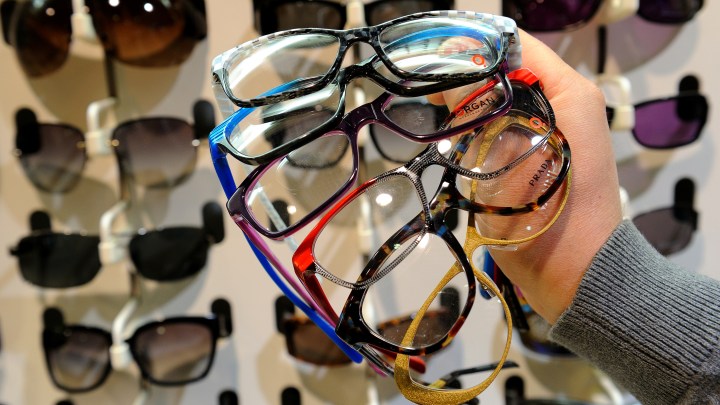 Supply chain hiccups are translating into higher prices at small businesses, including some stores that sell eyewear. Philippe Huguen/AFP via Getty Images

Supply chain hiccups are translating into higher prices at small businesses, including some stores that sell eyewear. Philippe Huguen/AFP via Getty Images

Nearly half of small-business owners raised their average prices in August, according to a report out Tuesday from the National Federation of Independent Business.

While their optimism about hiring and potential sales increased slightly from the prior month, 44% said they plan to raise prices in the future.

For the rest of September, Katie O’Connell, co-owner of a Los Angeles eyeglass shop called Society of the Spectacle, will be cautious.

“I’ve been telling all my vendors, I’m like, ‘I’m not gonna buy anything, as far as eyeglasses, until we see how September goes,'” she said.

In the last year, O’Connell said, she actually surpassed pre-pandemic sales, but some glasses now take twice as long to finish. There have been shortages; local lens manufacturing is behind and frame imports are delayed.

“Our frame prices are definitely eking up. Nothing severe, nothing too outside of normal, but it’s there. It’s definitely there,” O’Connell said. She’s had to increase her prices, too.

But in shortest supply is customers’ patience.

“People are just getting really mad about things not being on time. And it’s we just kind of look at each other like, wow. I mean, [they] do not realize what we’re all dealing with,” she said.

Dale Rogers, a supply chain management professor at Arizona State, knows firsthand what they’re dealing with. He recently bought a pair of black glasses. The vendor was out of the clear frames he likes.

“I think they’re the most popular ones because they’re the coolest ones. They’re not an option right now. They’re just gone,” Rogers said.

The ones he purchased were more expensive, which didn’t surprise him. “Inflation is related to supply shortages. They can’t get the components and finished goods they need. So, they’re increasing the price of the stuff they have,” he said.

With the summer shipping season so disrupted, Rogers said, he can’t imagine the holidays will be any better.