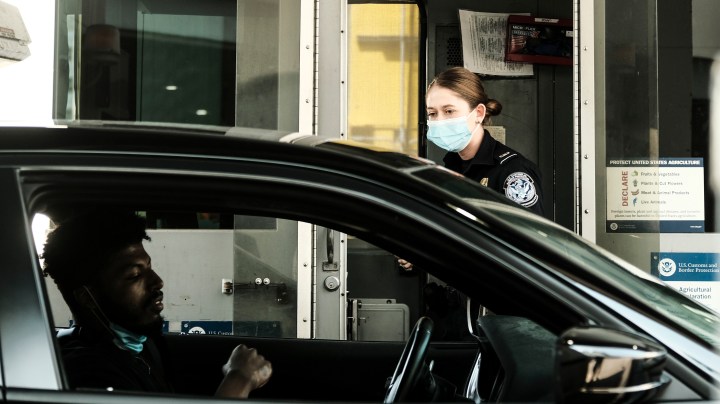 COPY
The U.S.-Canada border Windsor Tunnel Port of Entry as shown on August 9, 2021 in Detroit, Michigan. Canada has opened its border to vaccinated U.S. tourists this week, though the U.S. has yet to return the favor. Matthew Hatcher via Getty Images

The U.S.-Canada border Windsor Tunnel Port of Entry as shown on August 9, 2021 in Detroit, Michigan. Canada has opened its border to vaccinated U.S. tourists this week, though the U.S. has yet to return the favor. Matthew Hatcher via Getty Images
Listen Now

Canada’s border is back open this week for vaccinated U.S. tourists. For Canada, Americans are big business: Before the pandemic, more tourists from the U.S. visited Canada than from any other country. That was also true in the reverse; Canadians were America’s top visitors.

So what does it mean that Canada is open while, for now, the U.S. stays closed?

More than a quarter of tourists to the U.S. used to come from Canada. Roger Dow would see them every winter in Florida.

“I can tell when the Canadians are in town because all the condo lights light up,” Dow said.

Dow is CEO of the U.S. Travel Association, and now that Canada’s border is open, he said the U.S. should return the favor. If not, he said, Canadians may choose other destinations.

“Travel is like water, it will go to the place where it’s easiest to go to, and if there’s a block, it will go somewhere else,” he said.

Besides snowbird locations, U.S. border towns, from Washington state to Maine, depend on Canadians.

“It’s easy to get here. They’ve got so many family connections. It’s such an ingrained relationship that it, it’s still gonna be there,” Fyall said.

U.S. border restrictions are set to expire later this month, and Fyall said Canada’s reopening puts pressure on the U.S. not to extend those.