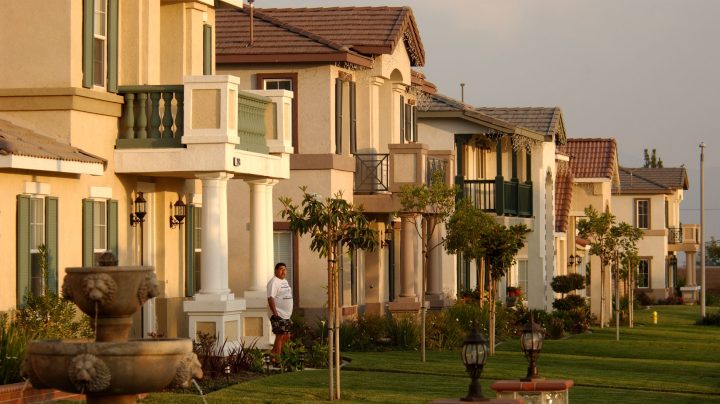 COPY
The housing affordability crisis used to be confined to people with lower incomes, says Jerusalem Demsas. "Now housing unaffordability has gone through the roof," she says. David McNew via Getty Images

The housing affordability crisis used to be confined to people with lower incomes, says Jerusalem Demsas. "Now housing unaffordability has gone through the roof," she says. David McNew via Getty Images
Listen Now

More than 65% of Americans own their homes. While American culture often celebrates homeownership, Jerusalem Demsas, a policy reporter at Vox, writes that it can “bring out the worst in you.” Demsas spoke with Marketplace’s Amy Scott about the phenomenon. The following is an edited transcript of their conversation.

Amy Scott: So what do you mean when you say homeownership can bring out the worst in people?

Jerusalem Demsas: Yeah, I want to be specific here, because it definitely is not a universal phenomenon. But homeownership, as it exists in the United States, is built on scarcity. And when you have people who live in countries like the United States, where retiring is really expensive, medical costs are really expensive, and then you tell them that the only way that they can build wealth is through owning a home, then you’re going to create a lot of problems if they feel like the value of their home might be threatened. And often, what we’re seeing is that people who buy their own home begin opposing policies that are really beneficial for the entire neighborhood writ large — important transit that is helpful for combating climate change and helping people get around, opposing affordable housing, opposing even COVID-19 testing centers over the last year. And it’s really a phenomenon that’s interesting to observe.

Affordable housing and classism and racism

Scott: When people oppose affordable housing projects or even just more density in their neighborhoods, you often hear concerns about things like traffic and parking. But there’s also often explicit racism and classism going on.

Demsas: Yeah, certainly. A lot of times, it’s very explicit. You know, there are several documented times where people talk about, ‘People are going to turn my area into a ghetto if you allow for more dense housing,’ or this idea that we don’t want this specific type of person living here. A lot of times people, you know, say something about like, you know, ‘neighborhood character.’ And the fact of the matter is, if you are restricting people from living in your neighborhood based on them earning a certain amount of money, you are inherently opposing class and racial diversity in your area.

Scott: What do we know about how affordable housing does affect property values? Are there any concerns based in reality when when people oppose these projects?

The cost of not increasing density

Demsas: It’s a complicated topic area, because it really depends how the policy is implemented. If, you know, you could push a button tomorrow and, all of a sudden, you tripled the amount of housing in the Bay Area, you’d definitely see a reduction in rents, and you’d probably see a reduction in property values. But in reality, that’s not how anything works, right? What happens is perhaps someone proposes building a 200-unit apartment building in a downtown area or maybe they say they want, you know, a 10-unit multiplex in a suburban area, things like that. There’s not a lot of evidence that that does anything to anyone’s property values.

And there’s actually increasing evidence that when you up-zone — when you allow for someone to build duplexes or triplexes on this land — you actually can increase the property value, because what you’re saying to developers is that you can actually make more money off of this land. But we do know right now there’s a massive economic cost to not increasing density. We know that it reduces wages by potentially up to $10,000 a year for the average worker. We know that it’s reduced aggregate economic growth by like 36%, according to one estimate. These are things that really affect people’s lives when you tell them that your wages are reduced by $10,000 a year that’s, you know, a fourth of their income. So that’s that’s a really big deal.

Yes in my backyard

Scott: There does seem to be increasing consciousness about some of these issues with cities like Charlotte, Minneapolis, Portland moving to ban single-family-only zoning and the rise of so called YIMBYs, ‘yes in my backyard.’ Are you hopeful at all?

Demsas: Yeah, I mean, I think what we’re seeing right now is that, you know, for a long time, America’s affordability crisis was confined to folks who were lower income. But what we’ve seen over the last few decades is that job opportunities have really concentrated in a few cities. And with that, we’ve seen that housing unaffordability has gone through the roof. And it’s not just lower-income folks who are feeling the squeeze. So out of that you’ve seen a lot more political action coming out of this. And it is really, I think, a reflection of how bad the problem has gotten and how organized some of the opposition to these laws has also grown.