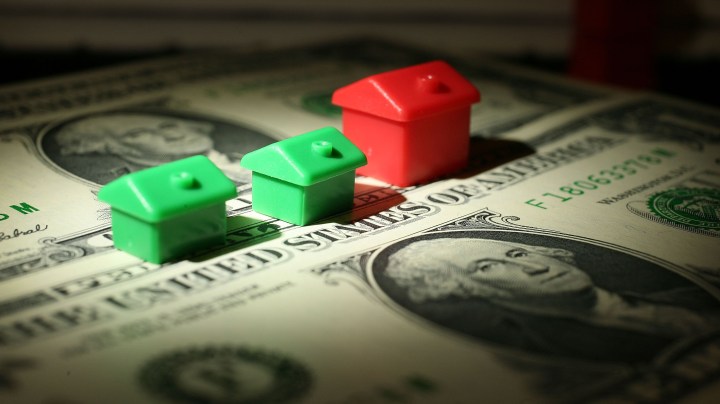 Some parents have been more transparent about their finances when talking to their children during the pandemic. Christopher Furlong via Getty Images

Some parents have been more transparent about their finances when talking to their children during the pandemic. Christopher Furlong via Getty Images

For most of her adult life, Kelly Johnson didn’t think all that much about money. At least not in any sort of intentional, plan-for-the-future kind of way. And she didn’t talk to her eight kids about it, either.

“I’ve always given them the tools to be successful and happy. But I’ve never really talked to them about money,” said Johnson, whose children range in age from 9 to 30.

Money was never really an issue for Johnson, who worked a lot — 60 hours a week at a restaurant and a gym. She always had money coming in, which she felt comfortable spending.

“It was never a thought in my mind that I wouldn’t have money,” Johnson said. “It was so easy for me to make money before.”

When the pandemic hit, both the gym and the restaurant where Johnson worked in Florida closed. When her unemployment benefits took months to come through, she ran out of money.

“There was no gas to even go anywhere, my bills were piling up, and I was stressed out,” she said.

That experience changed her approach to managing her money.

“It made me think a lot more about, when I have a little bit of money to spend, that I make sure that I pay my mortgage and my bills first. I know for everybody else, they probably think, ‘that’s a no brainer,’ but not for me, OK?” she said with a laugh. “I like to buy stuff.”

It also completely changed her feelings about talking to her kids about money, too. Now, she makes a point of talking to them about it directly, a lot about the importance of saving, building credit, planning for the future and not putting all of their eggs in one basket, financially.

“I want to make sure that I give them the tools so that they can be successful financially,” Johnson said. “I will make sure that I instill in them some really good principles so that if anything in their lifetime ever happens like this again, that they won’t fall apart.”

The pandemic also changed how Tanyka Wilson talks to her 11-year-old son, Dylan, about money and finances. Wilson, a lawyer and a single mom in the Bronx, New York, had already started having some of those conversations with him, about budgeting and bills.

She’d tell him things like, “We have Friday night as pizza night, so in order for us to have that, I need to set up all of my finances so we can have pizza night every Friday,” she said, “and then let him know how much the pizza cost.”

The pandemic, and all the uncertainty it brought with it, made her decide to ramp up those conversations, “about what is necessary and what is not necessary.”

That meant discussing how much things cost, what it means to be responsible with money and how it’s okay to buy treats, like pizza — just not every time you feel like it.

“It was a lot of conversations about saving and conservation, and being more aware and more mindful, like really having more mindfulness about money,” Wilson said.

Those are important conversations for parents to have with their kids, according to Shipra Parikh a social worker and professor at the Crown Family School of Social Work, Policy and Practice at the University of Chicago. Especially when times are uncertain, she said.

“Kids often really appreciate the honesty,” she said. “Because they feel it, even if it’s not told to them. They can feel an adult’s emotion, around insecurity about money, about a job.”

Often, Parikh has found, the more resources a family has, the less parents talk to their kids about money. Vice versa is true, too. “A family’s lived reality really kind of is the biggest predictor of how and when and why they talk to kids about money,” she said. “If it’s a reality for them, and it’s sort of a lived necessity for them to do it, they will.”

There are no studies yet about whether or how the pandemic has changed the ways parents talk to their kids about money, but many families’ lived realities changed drastically in the last year. And even for those whose circumstances didn’t change, much in the world around them did.

“There were a lot more opportunities to have some of these conversations,” said Kumar Chheda, who lives in Columbus, Ohio, with his wife and two children, who are 7 and 11. Both of the kids started picking up a lot just from listening to the news.

“The kids would hear something and say, ‘Hey, why is so and so happening in the economy, or in the stock market?’” Chheda said. “So they would ask a lot of questions.”

His son, Vishnu, 11, got so interested in the stock market that he started asking if he could get some stocks of his own. “So I offered him a chance to do some research and come back to me and say, ‘Hey, Dad, I’d like to buy this stock or that stock,’” Chheda said.

Were it not for the pandemic, it wouldn’t have occurred to Chheda to do that with his son at this age.