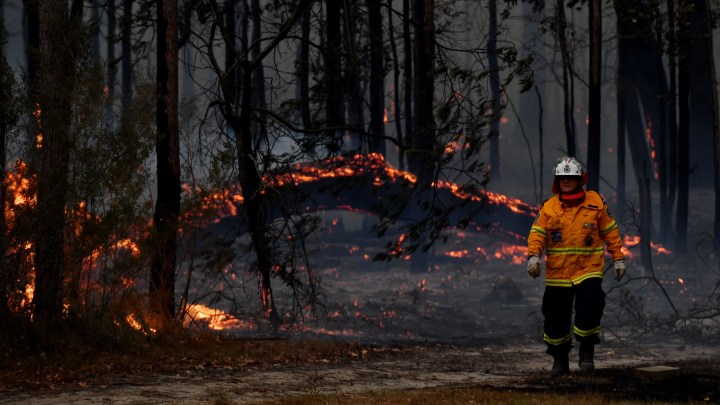 COPY
The federal government is having a hard time finding firefighter recruits, in part because the $15-an-hour base pay is not competitive. Sam Mooy via Getty Images

The federal government is having a hard time finding firefighter recruits, in part because the $15-an-hour base pay is not competitive. Sam Mooy via Getty Images
Listen Now

This year’s fire season is already intense, yet again, with wildfires burning in California, Oregon, Washington, Idaho, Montana and Arizona.

The need for firefighters is greater than ever. But the federal government is having a hard time finding recruits. That’s in part because wages for wildland firefighters are just not competitive, even after a modest wage boost announced by President Joe Biden late last month.

“With the current housing market, etc., and just cost of living that you can’t afford to do it,” Mayfield said.

Between 20% and 30% of all federal firefighter jobs are vacant, according to the group Grassroots Wildland Firefighters.

Short-staffed crews are bad news for people who live in places prone to fire. Close to 1 in 3 houses in the United States are located in areas susceptible to wildfires.

“We can no longer expect that we’ll be saved from these,” said Kimiko Barrett with Headwaters Economics, adding that firefighters need more pay and support. “We overlook the long-term psychological, physical and emotional well-being of firefighters.”

Between the pay and the stress, Mayfield said firefighting was not worth it anymore.

“It’s not a summer camp. I mean, people die every year,” Mayfield said. And he said the pay should reflect the work.