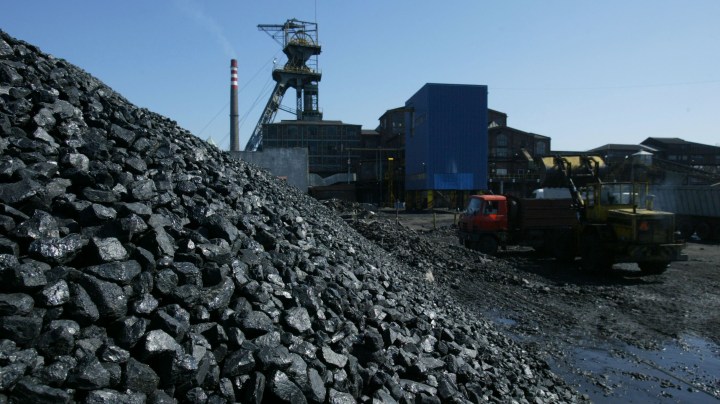 COPY
Although the U.S. and other developed nations still use carbon-heavy coal in electricity production, the industry is declining. Sean Gallup via Getty Images

Although the U.S. and other developed nations still use carbon-heavy coal in electricity production, the industry is declining. Sean Gallup via Getty Images
Listen Now

Believe it or not, coal use is surging in places like Germany, China and right here in the U.S. as electricity demand rebounds from the pandemic.

It turns out coal is tough to completely wean off of, even for developed countries, in times of high demand.

Coal’s days as a key part of the U.S. energy production mix, however, are uncertain, to say the least.

Mines are being abandoned, coal-fired electricity plants are shutting down because they’re too expensive to run and policies mandating net-zero carbon emissions are increasingly common.

In the long term, coal’s just not a good option.

“But short-term, what matters most is the competition between coal and natural gas,” said Daniel Cohan, who teaches environmental engineering at Rice University.

“And we’ve seen a big surge in natural gas prices, and that really favors coal being used more for electricity,” he said.

But that’s not because coal as a resource is currently cheaper than natural gas. Instead, the opposite is true, said Steve Cicala, an associate professor of economics at Tufts University.

“When demand starts to recover, what that means is that you’re already using these other resources, and you’re going to start to use more of whatever your most expensive resource is. And in many places, that marginal fuel is coal,” Cicala said.

He said many coal-fired power plants sit idle these days but can still be activated.

And coal lobbyists, like Michelle Bloodworth, CEO of America’s Power, said that’s exactly why coal needs to be part of the energy-transition strategy.

“Coal must be an integral part of that strategy for the foreseeable future if we all want to continue to maintain, keep our lights on and have affordable electricity,” she said.

Coal will probably stick around for a while longer for that very reason, according to Clark Williams-Derry, at the Institute for Energy Economics and Financial Analysis. But this spike is just a blip, he cautioned.

“It’s very clear: Coal is on the decline. And that long-term trend is not going to change,” Williams-Derry said.

He added that the focus now should be on how to help folks transition from working in the coal industry to finding new jobs.