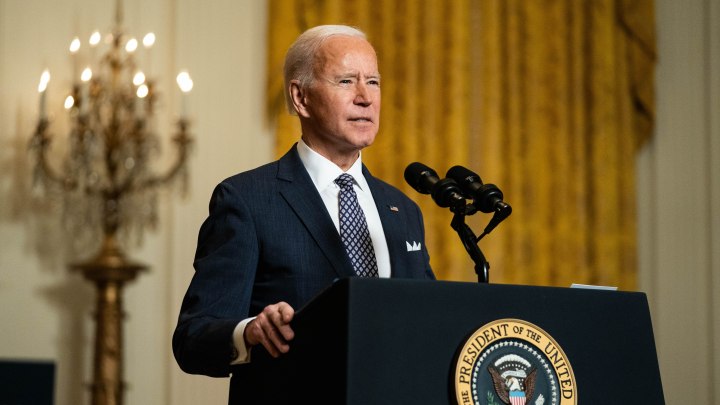 There is still a lot of political wrangling and foot stamping and behind-closed-doors negotiation to go before the bipartisan infrastructure deal President Joe Biden announced last week becomes law. Assuming it does, roughly a trillion dollars in federal money will flow out to states and localities to fix and build new roads, bridges, water and power systems, airports, broadband internet … the list goes on.

All of which means more jobs for skilled and semi-skilled Americans to fill. Biden promises “millions of good-paying” new infrastructure jobs.

Not quite as many jobs as in the president’s original, more expansive proposals, said Columbia Law School professor and former Treasury official Michael Graetz, but still, “it’s a very, very large package compared to what we’re used to.”

And it comes at a crucial moment, said Manny Rodriguez at Revolution Workshop in Chicago, with millions of skilled blue-collar workers — many of them older white men — close to retirement.

“There’s going to be enough money for a generation worth of projects in all the different trades, from laborers to carpenters to ironworkers, road builders, heavy-equipment operators, the list goes on,” he said.

“And we gotta make sure that Black, brown and women have clear access to these family-sustaining career pathways,” he said, adding that there needs to be money for workforce training and education in the infrastructure mix.