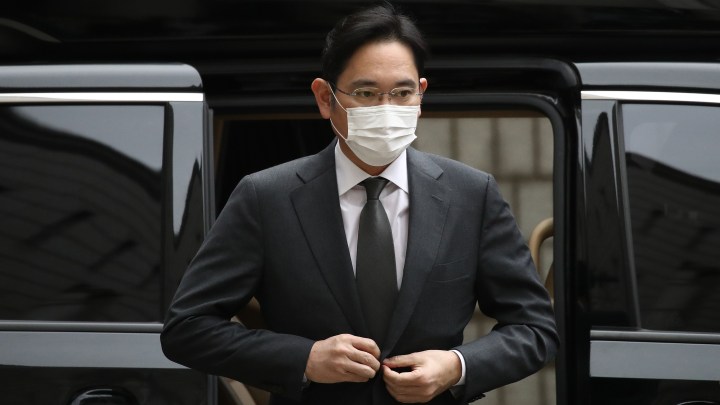 COPY
Samsung executive Jay Y. Lee was convicted of bribery in South Korea, but U.S. businesses want his company to build a semiconductor plant in the U.S. Chung Sung-Jun/Getty Images

It may come as no surprise that Big Business throws its weight around in Washington, D.C.

The American Chamber of Commerce there has joined Korean business groups in asking the country’s president to pardon the de facto chief of Samsung. The conglomerate, which is the world’s No. 2 seller of semiconductors, is mulling a multibillion-dollar investment in the United States.

At issue: The most powerful executive at Samsung and grandson of the founder, Jay Y. Lee, also known as Lee Jae-yong, is serving a 2½-year sentence for bribing a friend of the president’s at the time to curry favor with the government.

Precedent suggests he could walk. Years ago, the chairman of Hyundai was convicted of fraud and then quickly pardoned, as were the heads of corporate giants Daewoo and the SK Group. Lee’s own father, who was Samsung’s chairman, was convicted of corruption and pardoned — twice.

“The leaders of the Korean chaebol have a longstanding record of having been arrested, jailed, convicted, imprisoned and then released,” said veteran Asia-based journalist Donald Kirk, author of “Korean Dynasty: Hyundai and Chung Ju Yung.”

In the prior cases, chaebol executives were released on grounds of being crucial to the country’s economy. Kirk said it’s “logical” to think that Lee could receive the same treatment.

“Some people wonder about the size of Jay Y. Lee’s jail cell,” Kirk said. “You know, maybe he has a jail suite. Or maybe he doesn’t. But you can’t really run an empire, which Samsung is, from a jail cell.”

That empire was built by Lee’s grandfather starting in 1938. In South Korea, chaebol conglomerates have long benefited from generous government subsidies.

“The idea was to build up these national companies, up the value chain, starting with simple manufacturing of combs and dry goods, all the way up to entry-level electronics in cars, and now to the highest level of high-tech in the world,” said Frank Ahrens, author of “Seoul Man: A Memoir of Cars, Culture, Crisis, and Unexpected Hilarity Inside a Korean Corporate Titan.”

“Many Koreans have a love-hate relationship with the chaebols,” Ahrens said, “maybe the same way that Americans have a love-hate relationship with Amazon Prime. We say, ‘Oh my goodness, it’s so big. And the workers, what are they getting paid?’ And, ‘Oh hey, here’s the thing I ordered yesterday, and it arrived at my door today. Isn’t that great?’”

Korean business groups have lobbied for a pardon for Lee. Samsung did not respond to an interview request from Marketplace.

But the American Chamber of Commerce in Seoul — also known as AmCham — sent a letter to Korea’s president, asking for Lee’s release to ensure U.S.-Korean economic ties.

AmCham members include powerful multinationals such as General Electric, Citi, Disney and Pfizer.

“It’s disappointing,” AmCham Chairman and CEO James Kim said during a January webinar, speaking of Lee’s prison sentence. “Clearly, Samsung is such an important company. But we also understand that there’s the rule of law in Korea.”

So, American business throwing its weight around for Korean business?

“I can understand people might think it’s a little awkward,” said Tami Overby, a former president and CEO of the American Chamber of Commerce in Korea. “However, I think Americans don’t understand the context of it.”

Overby, now a senior director at the McLarty Associates consultancy, said that in Korea, when the president asks a business executive for a favor or a donation, it’s not really a request. Deliver, or else.

If Lee remains behind bars, Overby worries it could stall a Samsung chip factory planned for the U.S. during a global semiconductor shortage.

“There’s another $17 billion on the table that hopefully will end up going to the United States,” Overby said. “But the only one who can pull the trigger on that investment is Chairman Lee.”

Not everyone agrees that Lee is a boardroom version of an essential worker.

“He is not [a] proven business leader in Korea at all,” said Sangin Park, an economist at Seoul National University and an outspoken critic of the chaebol system. “He cannot be compared with Steve Jobs, Bill Gates and others.”

Lee’s case shows the power of big corporate money, Park said, including that of AmCham.

“I suspect the leadership of AmCham is in a tie with the interests of the Korean chaebol,” Park said.

Amcham declined an interview but said in a statement that “our intent is not to lobby.”

Still, its backing of Samsung’s tycoon and his potential pardon raises a familiar question: Are Korea’s corporate giants, as they say, too big to jail?