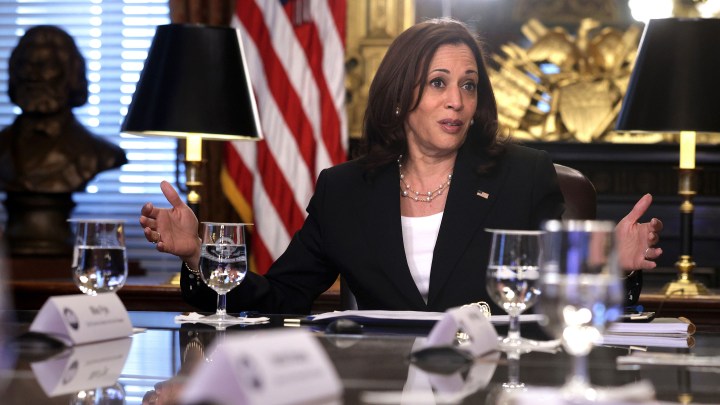 There’s news the Biden administration is collaborating with the private sector and nonprofits to step up its investment in Honduras, El Salvador and Guatemala. The administration says Vice President Kamala Harris personally approached 12 companies and organizations, including Microsoft and Mastercard, asking them to help improve economic opportunity in the Central American countries.

After meeting with Harris, Brad Smith, president of Microsoft, released a statement: “At Microsoft, we will contribute in three ways: by increasing access to broadband, providing digital skilling and supporting regional efforts to fight corruption with data and technology.”

A spokesperson for Mastercard said, for their part, “We understand the implications of being excluded from the digital economy, particularly for women and for small business owners. Through secure digital tools and resources, we can help reduce reliance on cash and build an inclusive, sustainable economy, where more people have an opportunity to thrive” within the region.

The overall plan is to boost investment in areas like public health, food security, access to credit, climate adaptation, education and more.

The goal is to reduce the number of children fleeing their home countries who end up migrating to the United States.

“What we find is most people would really prefer to remain home, but conditions in their countries don’t allow them to do so,” Wendy Young, president of Kids In Need of Defense, said.

KIND is co-founded by Microsoft and provides legal services to unaccompanied children. Young said that turning to private companies and organizations could help ensure that those investments would be long-term. “Corporations can come in and sustain their activities regardless of who might be sitting in the White House in the United States.”

But this has been an extremely difficult period for Central America, said Harvard economist Kenneth Rogoff, because of the pandemic. It will take emerging economies, and their people, a long time to recover, he said. “We’re talking not just about a bad year or two, but probably a bad five to 10 years.”

Rogoff said more private investment will help, but the first order of business should be getting more COVID vaccines into Central America as soon as possible.