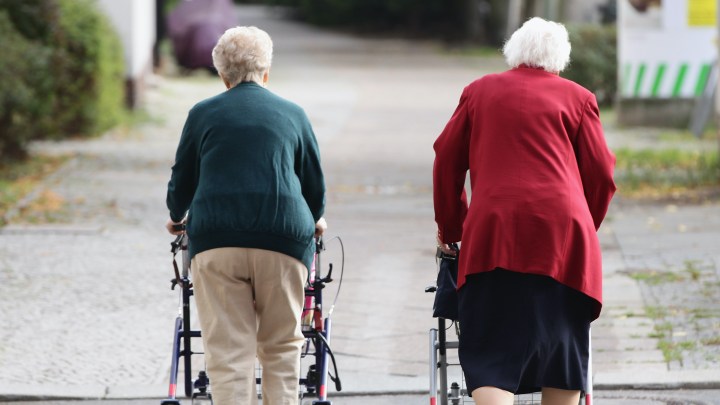 We talk a lot about how the pandemic has accelerated certain trends. For instance, it took growing consumer interest in streaming movies, food delivery and e-commerce and put it on steroids.

But new census data shows a greater share of workers over 65 bucked a recent trend. They made the decision to retire.

For decades, the retirement rate in the U.S. had been steadily going down … until last year.

Chuck Harris and his wife, Karen, of Jackson, Wyoming, weren’t planning to fully retire at age 66 last year. But when the clinic where he worked as a physician’s assistant shut down and concerns about COVID made her job as phlebotomist risky, they decided to go for it.

“We didn’t need to work and haven’t needed to work. Our needs aren’t great. We’re not big spenders. So we’ve had virtually no financial impacts,” Chuck Harris said.

But people like the Harrises have been delaying retirement in recent decades, said Alicia Munnell, director of the Center for Retirement Research at Boston College. “People are healthier, jobs are less demanding. For lower-income people, it’s probably a necessity.”

However, the pandemic has changed the calculus around when to stop working, said Jed Kolko, a labor economist with the job site Indeed. Some people have faced layoffs and health concerns, while others have seen their wealth grow from real estate and stock appreciation.

But Kolko said the census survey didn’t ask people why they retired, “nor do we know about how wealthy they were or what their income levels were right before they retired. But we can take some guesses.”

He said the increase in retirements occurred earlier in the pandemic, before the economy rallied. They were also more likely among workers without a college degree. All of that suggests these retirements weren’t the result of people feeling wealthy, but were tied to job losses or health concerns.

“A year from now, we might see that this slight increase in retirement rates turns out to be a blip,” Kolko said.

It now looks like the labor market is heating up, he added. More opportunities and higher wages could lure some retired folks back to work.