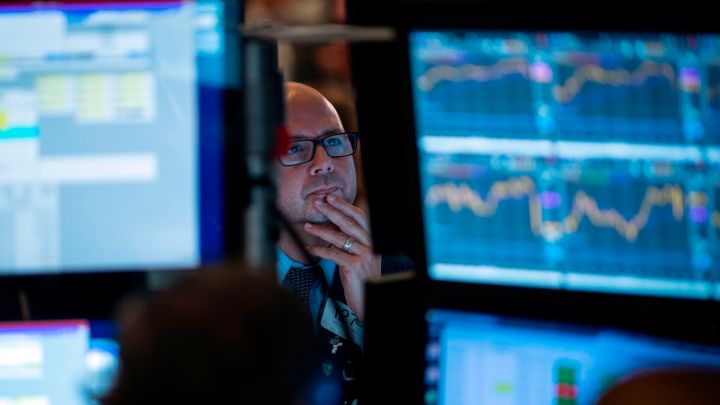 COPY
The lofty levels of stock prices are among the risks to financial stability the Fed is monitoring. Johannes Eisele/AFP via Getty Images

The lofty levels of stock prices are among the risks to financial stability the Fed is monitoring. Johannes Eisele/AFP via Getty Images
Listen Now

We talk a lot about the Federal Reserve and its role as a guardian of interest rates, but a big part of the Fed’s mandate is keeping the larger financial system stable. This week, the central bank put out a report looking at that stability. It found that even though coronavirus vaccinations are rolling out and the economy’s set to rebound this year, there are still plenty of risks lurking out there, which the Fed is keeping an eye on.

The first risk, the Fed said, is asset prices. Those prices have soared, especially in the stock market.

This can be a sign that investors are feeling confident. But Tim Duy, chief economist at SGH Macro Advisors and an economics professor at the University of Oregon, said the Fed knows what can happen when prices get too high. “The concern there is that suddenly those asset prices could drop,” he said.

This gets us to the second risk the Fed is worried about: financial firms that make bets on stocks using borrowed money.

“The more debt they have in relation to their capacity to repay it, the less it takes to throw them into the ditch,” said Karen Petrou, managing partner at Federal Financial Analytics.

The Fed mentioned a hedge fund called Archegos Capital Management. It made big bets on stocks using money it borrowed from banks. And this year, it went bust after some of its bets went bad.

Petrou said this was just one small hedge fund. But, “even relatively small, tiny ones can leave big, big holes in big banks. And that sobered up the Fed.”

“We could see some strain in particular households as some of these payments come due,” she said.

Overall, the report said, households’ financial stability has improved, but job losses have been concentrated among lower-wage workers and minorities.

Many of those households are still vulnerable.