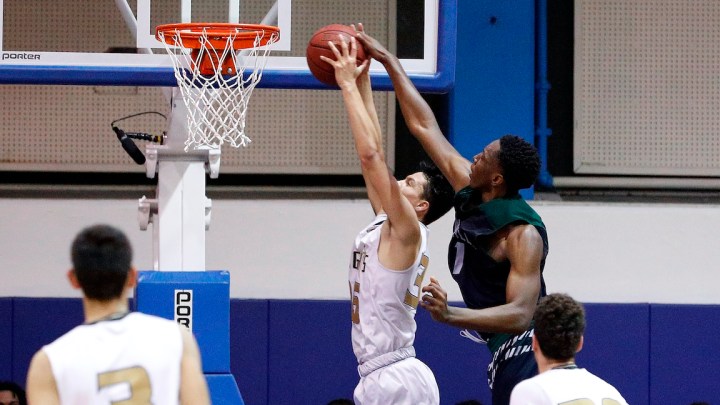 COPY
Overtime Sports Inc. is creating a high school basketball league in part so it has more things to highlight. Josh Lefkowitz/Getty Images

Overtime Sports, a company that got its start posting high school basketball highlights on social media, has raised $80 million in a Series C funding round. Investors include major names like Jeff Bezos, Drake, and some (more) stars of the NBA.

The digital sports platform says it will use some of that money to launch a high school basketball league for kids who want to forgo college and start getting paid for playing immediately. Overtime claims to pull in 1.5 billion views per month across multiple platforms, reports 40 million social media followers and says that 88% of its audience is under the age of 35. That last number is arguably the most important to investors.

“I think that has to do with trying to identify the superstars earlier,” said Michael Goldman, associate professor of sports management at the University of San Francisco. “It’s also, I think, a recognition that there’s athleticism that’s happening younger.”

Goldman said when Overtime decided to go after another round of funding, it also helped that the group already had the financial support of Kevin Durant, Carmelo Anthony and other big-name NBA stars before it asked for cash from people like Jeff Bezos.

“So I can show you something that happens on or off the field, or on or off the court, and nobody’s like, ‘Why did you post that, that didn’t happen on the court?’” Porter said.

Creating a sports media company is one thing, said veteran basketball writer Tommy Beer. Creating a professional league that will have to compete with the NCAA and NBA, he said, is another –– and really expensive.

“The staff and the infrastructure to run a successful league, the referees and the things that we kind of take for granted,” Beer said, “I’d be surprised if it is overtly successful.”

Overtime is creating a new league in part so it has more content to highlight. David Berri, a professor of economics at Southern Utah University, is skeptical about that. “There is a finite amount of time in a day,” Berri said. “And if you are watching the coverage from this site, then you’re not going to another site.”