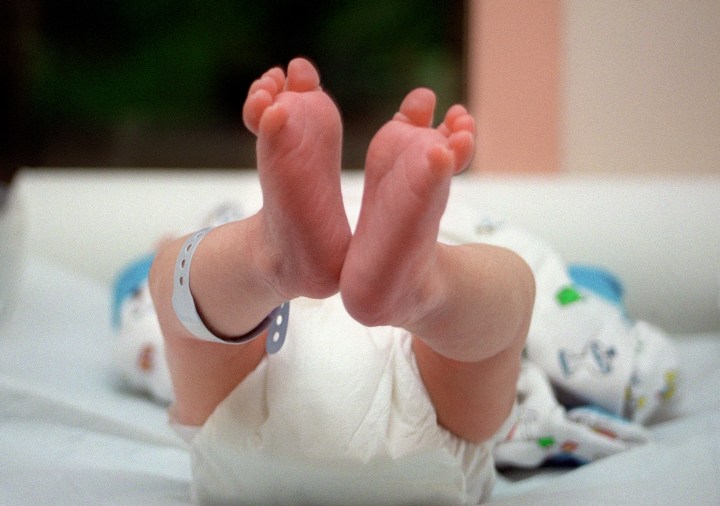 The American Jobs Act includes $25 billion to build and upgrade child care facilities, and the White House has said the second part of its infrastructure plan will include further investments in child care. The child care industry has been ravaged by the pandemic, affecting not only day care workers and the parents who depend on them, but also the babies and toddlers whose days have changed.

“Marketplace’s” Amy Scott spoke with Myra Jones-Taylor, chief policy officer at Zero to Three, an organization that works to improve the lives of infants and toddlers. The following is an edited transcript of their conversation.

Amy Scott: We’ve heard a lot in the past year about families with school-aged children. You know, parents managing remote school and juggling their own jobs, or in many cases actually leaving the workforce. But what has the pandemic meant for the youngest children, babies and toddlers?

Myra Jones-Taylor: We have seen that this has been a tough time for babies and for their families. We know that, you know, what happens in the first years of a child’s life is fundamental for everything that happens later. And when families are feeling stressed, because of lack of economic security, that leads to their children’s stress, so levels of irritability and not sleeping, regressions. So this has really been a tough time for children, babies and their families.

Scott: Access to child care has also been an issue not just because of people losing their jobs, but because many child care providers have shut down. How has that affected child development and family security?

Jones-Taylor: Right. Well, you know, for one, we think about child care providers are a major engine of economic security. And that means if they close, then the families who rely on them cannot go to work because they can’t send their children to a safe environment. And what happens to children is, that’s a huge disruption if they’ve been used to going to see their peers and, you know, beloved caregivers, and that disruption happens. It’s very destabilizing for them at a critical time in children’s development.

Scott: You and I met, actually, earlier this year, virtually, of course, in a conversation that the Federal Reserve had about racism in the economy. And one thing you said that really struck me was that one way to address racial inequity is through predictable work hours. Can you talk about how that affects young children, and particularly children of color?

Jones-Taylor: You know, it’s just one thing that we often think about as an issue of labor. But people often forget about the effect that this has on young children. Low-income families are more likely to have highly unpredictable schedules, which is disruptive for a parent, but it also impedes their ability to plan for things like child care. It also means instability in your paycheck. If your hours go from 30 a week to 15 the next, you can’t anticipate that. And that means that you have to make some really tough calls when it comes to paying rent and other expenses. Workers of color are 10% to 20% more likely to experience unpredictable work schedules. And so this is layered on top of all the other inequities that we know are built into our system that families and their children face.

Scott: There’s a lot for babies and families in the American Rescue Plan that Congress passed in March —the expansion of the child tax credit, more funding for child care. But I wonder if you feel hopeful that more might be done, given that a lot of the struggle that working parents with young children have been facing all along has been more out in the open because of this pandemic.

Jones-Taylor: It’s really a shame to think that people don’t think about the challenges that so many other families face until it happens to them. I think we have seen people have an awakening to the challenges that so many families have faced pre-pandemic. And it is really exciting to think that children’s needs are front and center of these issues. So the child tax credit is is a game changer. It is long overdue. We’re happy to see it happen. Of course, what we need to make sure now is that it is made permanent. So we have an opportunity with the major infusion that came through the American Rescue Plan, but now we need to make sure that that stays moving forward, that we don’t go back to these days when when we had failed systems for children already. 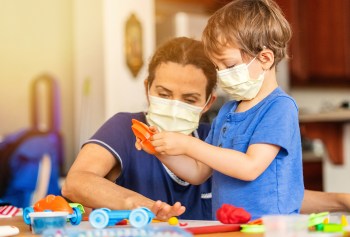 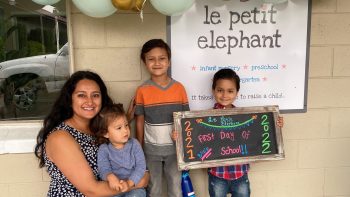