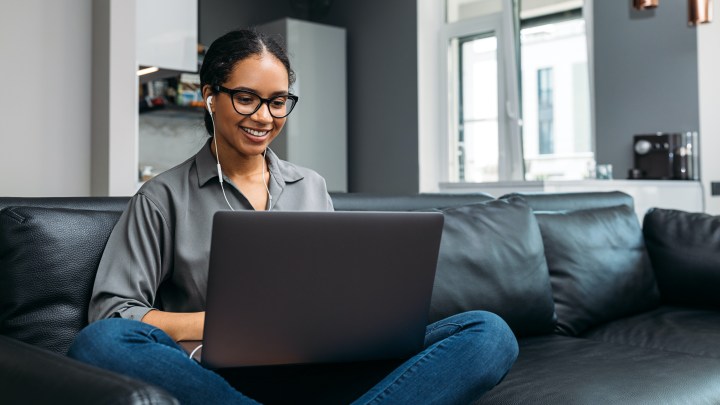 COPY
It'll be harder for employers to turn down work-from-home requests now that so many workplaces have proven it's possible. Youngoldman via Getty Images

It'll be harder for employers to turn down work-from-home requests now that so many workplaces have proven it's possible. Youngoldman via Getty Images
Listen Now

Nearly 40% of adults in the U.S. have now received at least one shot of a COVID-19 vaccine, according to the Centers for Disease Control and Prevention. As more people get vaccinated, more companies are starting to think about when and whether to ask employees to return to the office.

Both Amazon and Google said this week that they do plan to require most employees back at least some of the time by the fall, with Amazon writing in a blog post, “our plan is to return to an office-centric culture as our baseline.”

But surveys and studies show that most employees who have been lucky enough to be able to work from home during the pandemic want to continue doing it, and Lisa Frydenlund at the Society for Human Resource Management, said she’s been getting a lot of calls in the last month or so from people at different companies asking the same question: “What do I tell employees when we want them to come back and they don’t want to because they feel comfortable working from home?”

Before the pandemic, it was easy — and common — for employers to shoot down work-from-home requests without much explanation, Frydenlund said, but now?

“Because the world has literally demonstrated the ability to do so, it is going to really be on the employer to demonstrate why not.”

A lot of companies and organizations see real reasons not to go fully remote forever.

“There is a lot of value in having people co-located where they can talk to each other and have these spontaneous conversations,” said Daniel Zhao, a senior economist at Glassdoor. “That actually drives a lot of innovation, that drives deeper connections between employees.”

But a lot of that can also happen when people are only in the office sometimes, which seems to be the direction a lot of companies and organizations are heading in.

“The huge majority of companies — I’ve talked to probably 100, 200 by now — are saying pretty much the same thing, which is hybrid, which is some days in the office and some days at home, is the future of work,” said Nicholas Bloom, an economics professor at Stanford University.

That also seems to be what most employees in positions that have allowed them to work remotely during last year want going forward.

“So if any firms out there are thinking about calling people back into the office five days a week, they have to be aware that is going to be a painful experience for their employees, and they’re going to face much higher quit rates,” Bloom said. “It’s actually very risky.”

There will be many other companies that are offering more flexibility to work from home at least a few days a week, and many people will have options.

“That is a major perk that’s going to line up alongside health care and pension plans that we’re going to see post-pandemic,” Bloom said.