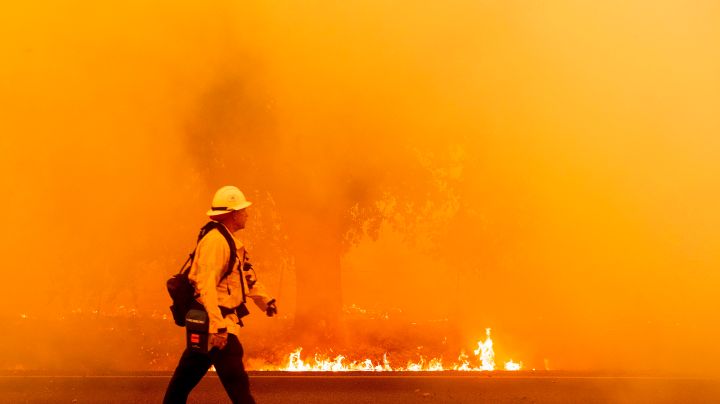 COPY
Victims of wildfires caused by PG&E equipment wonder how owning the company's stock will compensate them for their lost and damaged homes. Josh Edelson/AFP via Getty Images

Victims of wildfires caused by PG&E equipment wonder how owning the company's stock will compensate them for their lost and damaged homes. Josh Edelson/AFP via Getty Images
Listen Now

In California, the utility Pacific Gas and Electric Co. is struggling to put its past behind it. Since 2015, the company’s equipment has sparked fires that killed more than 100 people and displaced tens of thousands. PG&E settled most of those claims by going into bankruptcy and says fire victims agreed to accept its stock as part of that deal. But that’s left them vulnerable to how the troubled company performs financially.

Tammy Spirlock lost her home in the deadliest and most destructive fire caused by PG&E equipment. The 2018 Camp Fire destroyed much of the town of Paradise. Many residents left afterward. But Spirlock, a real estate agent, hopes to rebuild there.

“There’s still lots of people living in trailers and trying to figure out their budgets,” she said. “It’s hard. It’s hard being up here. All of our joy is really gone.”

From the start, Spirlock was skeptical about the deal PG&E offered her and other fire victims — approximately $13.5 billion paid half in cash and half in PG&E stock. Hedge funds and insurers had already locked up much of the company’s cash in a separate deal. Stock was presented to victims as a way to get more value.

“I am going to do everything I can to make sure that stock price is up so that when they sell it, they’re going to get a good price and distribute to the victims,” PG&E then-CEO Bill Johnson told reporters outside a California Public Utilities Commission hearing in February 2020.

“There is no reason that I can think of that the fire claimants are the best people to be bearing the PG&E stock risk,” said Berkeley Law professor Ken Ayotte.

The idea of tying victims’ compensation to a company’s future profitability is rare. But it’s gained traction in a high-profile bankruptcy that’s playing out now. Lawyers for opioid giant Purdue Pharma are pushing to create a new version of Purdue. University of Georgia law professor Lindsey Simon said its profits could end up paying to treat — and even compensate — its victims. And how will the new Purdue make money?

“The company’s viability is going to depend, at least in part, on being able to sell opioids,” Simon said.

Fire victim Spirlock said she’s received nothing so far from the PG&E settlement. She estimates it will cost $700,000 to rebuild her home. Meanwhile, state regulators recently said PG&E is falling short in its wildfire-prevention work.

“How is owning stock in a company like that going to help us?” Spirlock asked.

PG&E said it’s working to upgrade and inspect its equipment to prevent future fires, but its recent annual report made clear that it could face more liabilities from new fires not covered by its bankruptcy settlement. 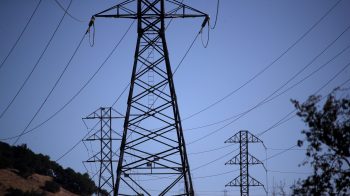