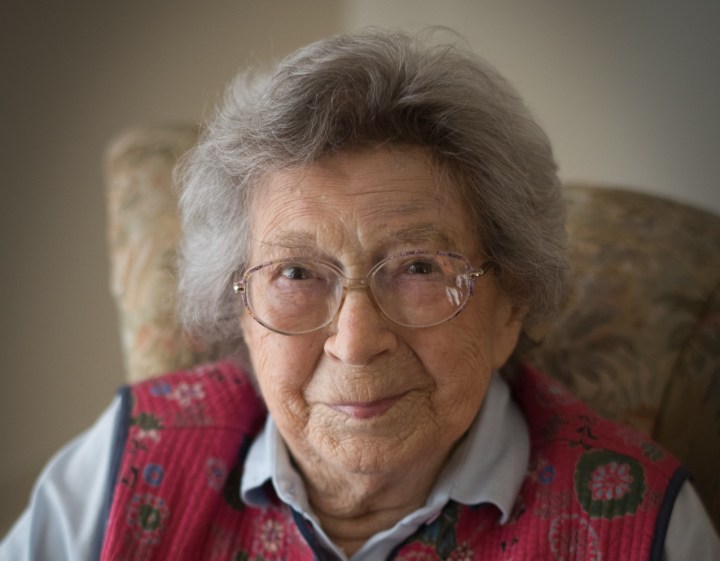 The beloved children’s author Beverly Cleary, when describing the protagonist in her “Ramona” series, once called her imaginative, curious and funny.

“All things I think are great for children to be,” she said.

Cleary — whose work spanned decades and also included the “Henry Huggins” and “Ralph S. Mouse” series — died March 25 at the age of 104. Her death has inspired essays about the ways her novels, particularly the “Ramona” books, taught young girls that it’s OK to be headstrong, to stand up for yourself, to be heard.

The series was also realistic for its portrayals of economic inequality and financial hardships. In the “Ramona” books, the protagonist receives news at one point that her father has been laid off, wears hand-me-downs from her sister Beezus and observes how other kids are able to afford items that she can’t.

Cleary’s books continue to resonate with readers who relate to Ramona and are grappling with their own financial struggles. Since they were first published 70 years ago, more than 91 million copies of her books have been sold worldwide.

Cleary grew up in Portland, Oregon, during the Great Depression and remembered how her own father lost his job.

“My father being out of work was just devastating,” she said. “I well remember all these gaunt-looking men coming around to the house and my mother having nothing to give them.”

While the “Ramona” series reflected elements of Cleary’s own upbringing, the economy in these books also mirrored the U.S. economy during the 50 years that the series spanned, wrote Angela Ridinger-Dotterman in her article “The Economy as Dynamic Setting and Site of Resilience in Beverly Cleary’s Ramona Series.”

“Between Ramona’s first appearance in 1950 and the publication of the final novel [“Ramona’s World”] in 1999, the U.S. economy — and particularly the Oregon economy — transitioned from growth to prosperity to recession, to more recession, to slow recovery, and eventually prosperity,” Ridinger-Dotterman wrote. “When we read the novels in connection to their publication dates, we see that the fortunes of the Quimby family mirror the fortunes of the contemporary economy.”

Ridinger-Dotterman, who is an assistant professor of English at Queensborough Community College in New York, said she reread these books as a parent and realized how much her upbringing resembled Ramona’s financially.

“I identified so strongly with Ramona, and I think part of it is that we had families that had this very similar economic existence,” Ridinger-Dotterman told Marketplace in an interview.

She, too, had parents who were worried about money and viewed activities like eating out as a nice treat.

Ridinger-Dotterman wrote that while financial concerns weren’t at the forefront in Cleary’s early works, like “Beezus and Ramona,” they become a central focus in the series, starting with 1975’s “Ramona the Brave.”

In the book, Ramona hears ”a lot of uninteresting grown-up talk” about how her family plans to pay for things, coming to understand that “they were certainly not poor, but her parents worried a lot about taxes and college educations.”

The family’s financial struggles then intensify in 1977’s “Ramona and her Father,” when Mr. Quimby loses his job at a van and storage company and has to collect unemployment insurance.

Mrs. Quimbly explains to Ramona and Beezus, in terms they can understand, that this is due to a corporate buyout:

Ridinger-Dotterman pointed out that in 1975, the U.S. was in a recession. By the early ’80s, another recession hit the country. In Oregon, specifically, there was a housing crash in the state and thousands ended up leaving.

“The Oregon economy has always had its unique struggles,” she said.

Marah Gubar, an associate professor of literature at the Massachusetts Institute of Technology, said that Cleary had the ability to draw readers’ attention to both the large, structural reasons that lead to economic inequality and “the day-to-day, quotidian difficulties of growing up poor.”

Later in “Ramona and her Father,” Ramona wants to wear a sheep costume at her church’s Christmas pageant and asks her mother if she can make one. But Mrs. Quimby explains she’s too tired when she comes home from work to make a costume and that they don’t “have a nickel to spare” to pay for the material.

She ends up wearing her pajamas, while her friend Howie has a grandmother who sews one for him, with “fluffy white acrylic” and “ears lined with pink.”

“The book validates the fact that kids really are coming from different places,” Gubar said. “It is just a genuine disappointment that her costume is not as fancy and nice as Howie’s.”

Gubar said that the books showed how money could impact Ramona in ways that were painful.

“Just the acknowledgement of that, as opposed to the denial of it, I think is really destigmatizing,” she said.

Gubar said that the children’s literature critic Rudine Sims Bishop has discussed how books can function as windows and mirrors for children, allowing them to see their own experiences reflected back at them.

“If you’re growing up poor and you read a book about another kid who’s growing up poor, you see yourself in that book and it makes you feel like you’re not alone in the world,” Gubar said.

In “Ramona Quimby, Age 8,” eating at the local Whopperburger is treated as a special occasion by the family. When Mr. Quimby decides to take them there for dinner one Sunday, Mrs. Quimby is reluctant.

Mr. Quimby reassures her by saying:

“Now don’t worry. We’ll manage. During Thanksgiving I’ll be putting in more hours in the warehouse and getting more overtime. There’s no reason why we can’t have a treat once in a while.”

But although Ramona’s family faced hardships, Ridinger-Dotterman and Gubar said Cleary created a protagonist who was able to surmount these struggles.

“The way in which financial hardship is represented in these books is not in terms of some extraordinary, terrible trauma,” she said. “There are really difficult things happening, but there are also these moments of extraordinary joy and pleasure.”

Gubar also noted that Cleary did not want to write books about kids who have a long-lost, rich relative turning up in the last chapter to solve all their problems.

At the end of “Ramona and her Father,” donning her pair of pajamas for the Christmas pageant, Ramona spots some older girls applying makeup at the church. She then plots with the group to use their mascara to paint her nose black.

After one of the girls applies it on her, she tells Ramona: “Now you look like a real sheep.”