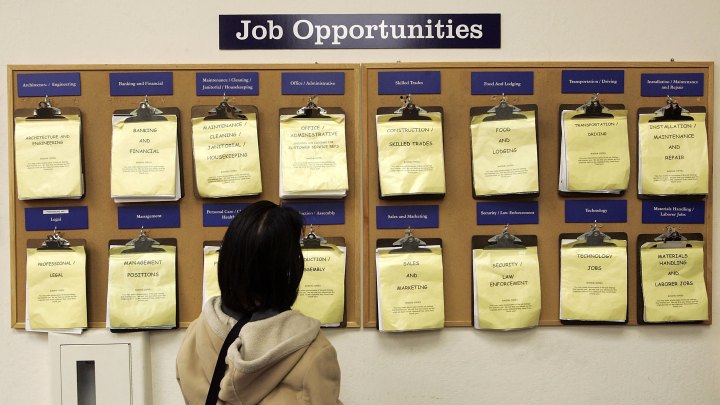 The National Federation of Independent Business reported that 40% of its small business members had job openings they could not fill.

Bill Dunkelberg, chief economist at the NFIB, explained that “it varies a lot by industry. For example, the highest would be in construction, manufacturing, transportation.”

There are different theories for how this is possible with about 10 million Americans now unemployed. Dunkelberg said his members believe “one of the problems, of course, is that it pays you pretty well to be on unemployment these days.” They feel unemployment benefits are too high, Dunkelberg said.

It’s a contentious claim. Katharine Abraham, an economics professor at the University of Maryland, said her reading of the research is that it’s unlikely.

“If you’re an unemployed worker looking for a job, you know that the unemployment benefits aren’t going to last forever. So if you’re offered a job that’s attractive, it makes sense for you to take it,” Abraham said.

Robert Frick, corporate economist with the Navy Federal Credit Union, has another explanation for the apparent worker shortage.

“There are few qualified applicants for the jobs that are open, so there’s obviously a skills mismatch,” he said.

For example, most of the unemployed waiters are probably not going be applying for the open manufacturing or tech jobs.

“If they paid more, they could attract more people,” she suggested.

That seems to be happening somewhat. According to the NFIB, 25% of businesses said they have already raised pay, and another 19% plan to do so.