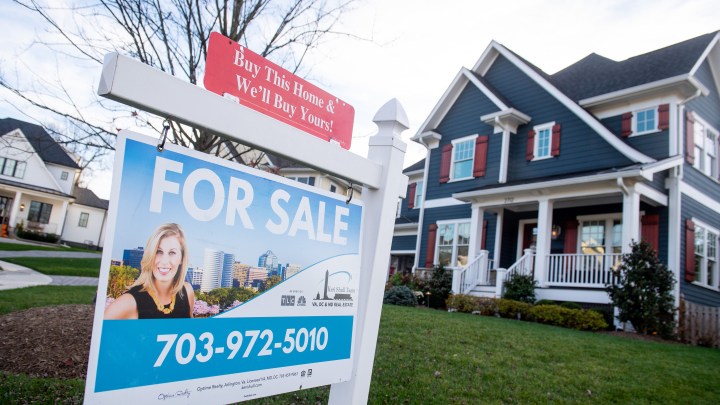 Equity has multiple meanings when it comes to real estate that derive from the term "equity of redemption." Saul Loeb/AFP via Getty Images
I've Always Wondered ...

Equity has multiple meanings when it comes to real estate that derive from the term "equity of redemption." Saul Loeb/AFP via Getty Images

“Equity” might seem like the latest buzzword when it comes to conversations about social and racial justice, with popular graphics floating around illustrating why equity takes justice a step further than “equality.” But the word, which has a storied history, has actually always been connected to an idea of justice.

It comes from the Latin root “aequus,” meaning “even,” “fair” or “equal.” In English, equity first appears in the 1300s and has a broad range of meanings.

“It came from the French derivative of aequitas, equité, a word that has clear legal connotations,” according to Merriam-Webster’s dictionary. “In French, it means ‘justice’ or ‘rightness,’ and those meanings, plus a splash of ‘fairness,’ have come down to us in the English word as well.”

So equity’s original meaning is strongly connected to the idea of fairness. But there’s also a legal history to the word that comes about in England around the 15th century in something called an “equity court” overseen by a chancellor, according to Peter Sokolowski, editor-at-large for Merriam-Webster.

“The equity court had the power to rule on cases for which there was no adequate remedy in written law,” he said. “In other words, it was sort of a common law court.”

Equity courts eventually combined with the legal court system in the late 1800s. But even in the U.S. Constitution, written in the context of the British legal system, “law and equity” are put together because they were considered to be two separate things, Sokolowski said.

When it comes to real estate, equity has multiple meanings as well.

“Real estate developers talk about cash-on-cash returns, which is the distributable cash flow after debt service divided by the invested equity cash, which is really the return on equity, or ROE,” said Mark Eppli, director of the James A. Graaskamp Center for Real Estate and faculty associate at the Wisconsin School of Business.

“‘Cash’ in single-family home sales refers to the net sales proceed of a house sale after paying commissions and extinguishing the mortgage, which is the residual cash or return of the equity down payment,” he continued.

But how did we get from equity courts to a return of an equity down payment?

According to a 2016 paper about the definitions of equity by Samuel Bray, a professor of law at Notre Dame, “There were also certain kinds of suits that were typically brought in equity [courts] because the chancellor had developed special doctrines for them — especially suits about trusts and mortgages. (This is where the idea of a homeowner’s ‘equity’ came from — the chancellor’s protections for debtors who had mortgaged their properties.)”

From this comes “equity of redemption,” which Noah Webster defined in his 1828 dictionary as “the advantage, allowed to a mortgager, of a reasonable time to redeem lands mortgaged, when the estate is of greater value than the sum for which it was mortgaged.”

Basically, it means “the difference between what is paid and what is owed,” Sokolowski said.

While Webster gave an official definition in 1828, Sokolowski said there is evidence of this meaning in the early 1700s. That makes sense, he said, because this definition of equity requires a modern idea of banking that someone would lend money to someone else to buy something.

That, of course, didn’t happen until the middle class emerged during the Industrial Revolution when land was no longer the main way to accumulate wealth.