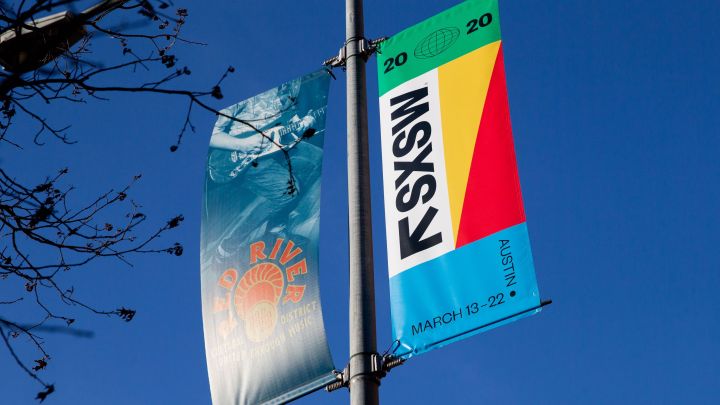 COPY
In 2020, the South by Southwest festival was canceled because of the coronavirus. Organizers can't predict how many people will attend this year's upcoming event. Suzanne Cordeiro/AFP via Getty Images

In 2020, the South by Southwest festival was canceled because of the coronavirus. Organizers can't predict how many people will attend this year's upcoming event. Suzanne Cordeiro/AFP via Getty Images
Listen Now

The sudden cancellation of last year’s South by Southwest event in Austin, Texas, was one of the first signals that the coronavirus was a big problem.

Despite the governor’s announcement last week that the state was “open 100%,” the conference/music and film festival had already decided to return online this year, from March 16 through March 20. Most everything will be virtual, from speeches by Oprah Winfrey and Willie Nelson to live sets from emerging bands, film screenings and business get-togethers.

In a normal year, the 100-year-old Paramount Theatre on Congress Avenue downtown would be gearing up to show new films as part of SXSW. Films that might have included a documentary about Texas troubadour Guy Clark.

The film, “Without Getting Killed or Caught,” is part of the SXSW film festival, but “attendees” will have to watch it from their couches.

Jim Ritts, CEO of the Austin Theater Alliance, which runs the Paramount, said for the second year in a row, the Paramount’s going to miss out on rent that SXSW would normally pay, not to mention concessions.

He got a free pass to attend in 2021, which he called a consolation prize.

His wife, who is his business partner, bought a pass for about $400. Even though they’re not traveling to Austin, they expect in the end they’ll get something out of attending SXSW online.

“In a virtual setting, you know, if, if that entry gets you into some rooms where a natural connection might happen, and something authentic happens, I certainly think it’s worth it,” Kleverov said. “And at the very least you get to watch some cool movies and hear some new music.”

Farooq Malik is a bit more dubious. He’s not interested in spending $400 for a virtual SXSW.

Malik, a fintech entrepreneur, bought a platinum badge in 2019 to get him into everything at SXSW, including panel discussions about emerging technology. Those badges go for more than $1,700.

Like so many SXSW attendees, Malik is in it for the serendipity. Normally, he looks forward to spending the early part of the day watching some music, maybe catch a keynote speech afterward and meet new people over cocktails and tacos at happy hour.

“You lose all of that now because, I mean, I can see a name on a Zoom call, but I know nothing about that person,” Malik said, “other than that they’re there. And I don’t even know if they’re actually there, right? Because, I mean, I’ve been on Zoom calls, and I’ve turned my camera off. And I’m not actually there.”

SXSW organizers have no idea how many people are going to buy passes this year.

“Obviously, we can’t create the beauty of the physical spontaneity,” said Jann Baskett, SXSW chief brand officer. “But we’re using platforms that will allow for mentor sessions and workshops and roundtables, and it will feel like there are a variety of ways to connect with each other.”

After the event was canceled last March, SXSW laid off about a third of its staff, almost 60 people. The company has since hired back some of them.

Austin’s business community is rooting for SXSW to get through this pandemic because it’s important to the local economy.

“We are struggling ourselves, so have cut our team in half, practically,” said Cindy Lo, CEO of Red Velvet, a local event management agency. “We are working basically week to week and trying to secure as much revenue as possible.”

Lo said that at this point, she’s just hoping her company can stick around long enough to benefit from SXSW 2022, assuming the event is back to normal.