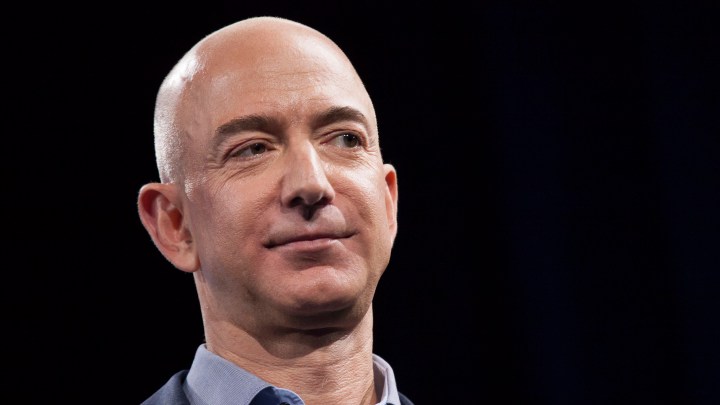 You may have noticed that Amazon is more than just an online bookstore these days. The person who guided that transition into a $1.7 trillion company, Jeff Bezos, is stepping down as CEO. He’ll be replaced by a top lieutenant.

Nova Safo: Executives at Amazon were quick to point out that Bezos isn’t going anywhere. He’s taking on a new role: executive chairman.

I spoke about that title with Charles Elson, a professor of corporate governance at the University of Delaware, and he told me that that title is a clue that Bezos is still in charge.

Charles Elson: Whether you call him CEO, chairman or head honcho, it’s still going to be his show. If he said, “I’m leaving to play golf every day for the rest of my life,” that may be a different story.

Safo: And Bezos is not doing that. He said in an email to employees that his new role will let him focus more on new initiatives and growth opportunities.

David Brancaccio: Let’s talk about the new CEO. What do we know about him?

Safo: It’s Andy Jassy, who’s been the head of the company’s very-profitable cloud computing unit, Amazon Web Services. That unit has been enormously profitable — it made up about half of all of Amazon’s operating income in the last quarter.

Jassy will now run day-to-day operations for all of Amazon.

And Elson pointed out that we’ve seen this movie before. Many times you have corporate founders taking a step back from the day-to-day stuff and letting a new manager take the reins.

Elson: If this person does not work out, you can bet that Bezos will be right back there, whether on an interim basis or who knows, sometime down the road.

Safo: As Elson put it, the new CEO Jassy is “on probation.”