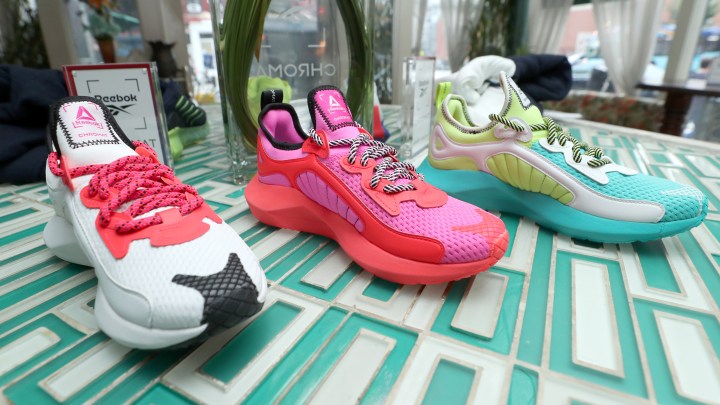 Sportswear company Adidas said Monday it’s considering a sale of the Reebok brand it acquired for about 3 billion euros some 15 years ago.

Corey Kupfer, a mergers and acquisitions lawyer in New York, said there are basically two kinds of M&A deals.

“One are financial buyers, which is like private equity firms, that kind of stuff. And then the other is this kind of deal, which is a strategic deal,” he said.

When Adidas bought Reebok, it was trying to compete with Nike in the U.S. and wanted to leverage Reebok’s established relationships with professional sports leagues.

After a reboot in 2016 that ushered in endorsement deals with singer Ariana Grande and rapper Cardi B, Reebok turned a profit in 2018, but the success was short-lived.

Shawn Grain Carter, professor of fashion business management at the Fashion Institute of Technology, said nowadays there’s so much competition in the sportswear and athletic leisure space that Reebok has become a drain on Adidas’ resources.

“With so much opportunity to sell so many different types of products in this category, you’ve got to have sharp marketing so your customer is really clear about why they should remain loyal to you and continue to purchase your particular product,” she said.

Reebok will also have to invest in research and development to stand out from the others.

But Stephen Shapiro, professor of sports and entertainment management at the University of South Carolina, said there’s still considerable brand equity there. Reebok just has to decide exactly what it wants to be.

“I think there is an opportunity for them to be successful and maybe more of that niche market and not have to feel that Reebok’s trying to compete as they historically were trying to do with a Nike or an Adidas,” he said.

Adidas said a sale of Reebok was one of the options it was considering as part of a five-year strategic plan it is set to present in March.