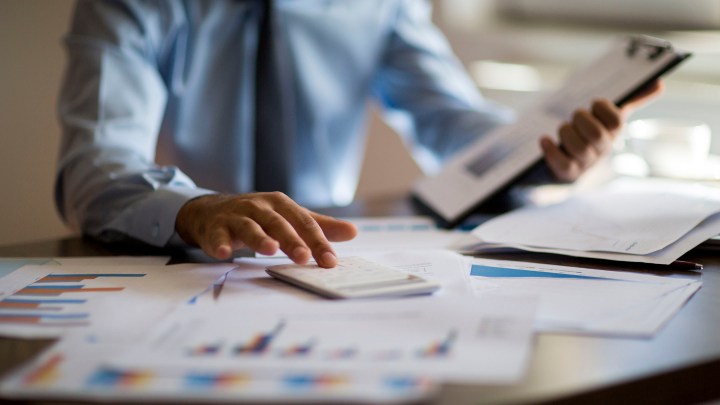 COPY
The number of states requiring personal finance in high school has increased since 2019. Some credit the pandemic. ridvan_celik via Getty Images

The number of states requiring personal finance in high school has increased since 2019. Some credit the pandemic. ridvan_celik via Getty Images
Listen Now

The head of the Securities and Exchange Commission, Jay Clayton, has said he is leaving at the end of 2020. This means a Biden appointee will be next to serve in the position, which could alter relationships with the people who manage others’ money.

Marketplace senior economics contributor Chris Farrell joined “Marketplace Morning Report” host David Brancaccio to discuss what this all means. The following is an edited transcript of their conversation.

David Brancaccio: OK, remind us: What is the fiduciary standard?

Chris Farrell: OK, this is a convoluted tale, so let’s break it down into three steps. Step one: So brokers have long followed what’s called the “suitability standard.” So when making investment recommendations, brokers should consider the age, goals, tolerance or risk of their clients, right? And they’re also to disclose any potential conflicts of interest.

Second step: toward the end of the Obama administration, the Department of Labor issued a tougher standard for brokers and advisers who manage retirement accounts. They must adhere to the “fiduciary standard.” This means they must put the client’s interests first, eliminate conflicts of interest and promote transparency.

Brancaccio: But there’s a third step?

Farrell: There is a third step. Now, broker dealers, they didn’t like this, they lobbied against it, they litigated against it and the Trump administration wasn’t a fan. So, eventually, the Securities and Exchange Commission stepped in and they came up with the “best interest” rule. It’s tougher than the old suitability standard, but nowhere near as strict as the fiduciary rule.

Brancaccio: OK, so that’s what we have now. But do you think with the new administration, we might go back to the Obama-era fiduciary rule?

Farrell: Well, I think so. And David, that’s one way to read the Democratic platform. Let me just read two sentences from the platform: “Democrats believe that when workers are saving for retirement, the financial advisers they consult should be legally obligated to put their client’s best interests first. We will take immediate action to reverse the Trump administration’s regulations, allowing financial advisers to prioritize their self interests over their clients financial well-being.” Now, you’re not hearing the catchphrase fiduciary standard in there. But that sure reads to me like tougher rules are coming into play. And it’s long been a goal of reformists to have one strict standard for all financial advisers, investment advisers — the fiduciary rule.

Brancaccio: It’s so subtle, though. Do you think the standards matter?

Farrell: I think they do. This is your retirement savings. You want your professional that you’re working with to say, “your interests come first.” And then, of course, there’s lots of other things that you have to look at when you’re trying to pick a financial adviser, such as, how do they get paid and does their philosophy of personal finance match with yours? But nonetheless, I think the fiduciary rule is a good baseline.