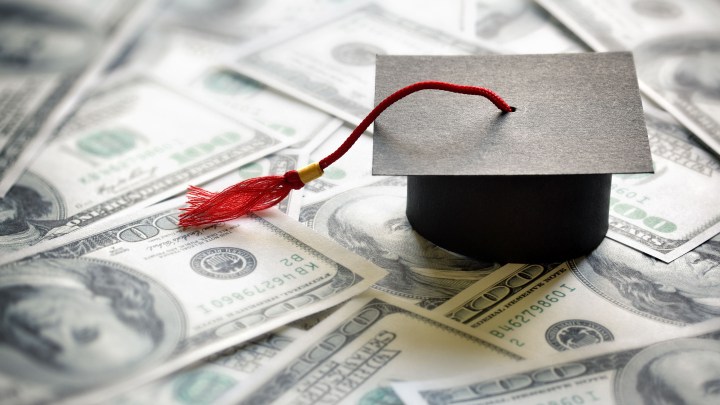 COPY
Nearly 25% of people with student loans working in nonprofits or public service have had a significant change in their work situation during the pandemic, according to a recent survey from TIAA. BrianAJackson/iStock via Getty Images
COVID & Unemployment

Nearly 25% of people with student loans working in nonprofits or public service have had a significant change in their work situation during the pandemic, according to a recent survey from TIAA. BrianAJackson/iStock via Getty Images
Listen Now

When Christopher Gaunya got laid off in July, because of COVID, he didn’t just lose his job, he also lost something he’d been working toward for more than seven years: the prospect of qualifying for Public Service Loan Forgiveness.

“When I lost the job, that was my first thought: ‘Oh, my God, I am so screwed on my student loans,'” said Gaunya, 58, who was working as an acupuncturist at a nonprofit hospital in Hartford, Connecticut.

More than 20 years after he finished school for acupuncture, Gaunya’s balance has grown from about $65,000 to more than $140,000, even though he’s been paying steadily for most of that time. In part, it’s because his interest rate is more than 8%.

The Public Service Loan Forgiveness program, which allows people with direct federal student loans who work for 10 years in a public service or nonprofit job to apply to have their remaining loan balance forgiven, was his light at the end of the tunnel.

When he first got hired full-time at the hospital, and realized he was eligible, he said, “I thought to myself, OK, now we’re rolling, I can actually get this debt under control. I can just work hard for the next 10 years … pay my debt and still be able to build a retirement.”

He’d made about seven years’ worth of payments that count toward loan forgiveness, and had a little less than three years to go.

“Then, of course, COVID hit,” Gaunya said. “And all of that went out the window.”

Nearly 25% of people with student loans working in nonprofits or public service have had a significant change in their work situation during the pandemic, according to a recent survey from TIAA.

“Maybe they lost their job entirely, or they were furloughed,” said Betsy Mayotte, the president of The Institute of Student Loan Advisors. “Or there’s also the borrowers who maybe they didn’t lose their job, but their hours were reduced so they’re no longer considered full-time, which is a requirement.”

For people in any of those situations who were working towards Public Service Loan Forgiveness, or PSLF, one of the biggest concerns, Mayotte said, is “whether they can get another job that would be considered eligible employment for PSLF purposes.”

Anyone who is able to get another full-time public service or nonprofit job will be able to get back on track.

“Because the 120 payments that are required to get forgiveness do not have to be for the 10 years straight. When they are reemployed, if they’re reemployed with an organization that does count, then they can resume their payments,” said Shelly-Ann Eweka, director of financial planning strategy at TIAA.

But it may be hard to find another nonprofit or public service job, especially right now.

Gaunya is looking, and hoping, but it feels like a long-shot.

“Unfortunately, for acupuncturists, there are not a lot of jobs available with employers,” he said. “Especially not-for-profit.”

If he can’t find one, in all likelihood he’ll be paying his student loans until he’s almost 70.