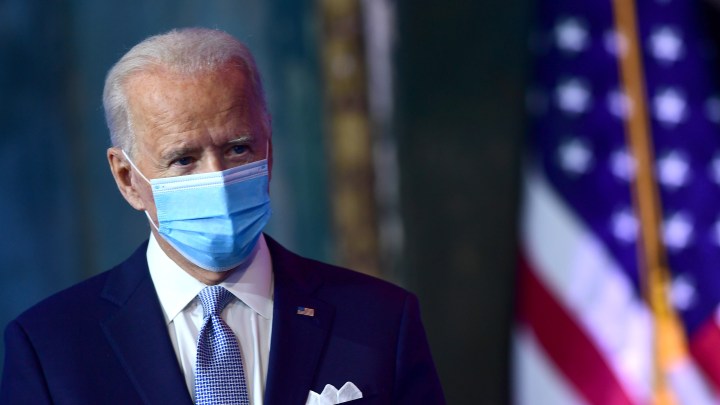 We got a better picture Monday of what President-elect Joe Biden’s economic team will look like when he takes office in January.

As we reported last week, former Federal Reserve Chair Janet Yellen is his pick to lead the Treasury. Biden and Vice President-elect Kamala Harris will also ask the Senate to confirm Wally Adeyemo as deputy treasury secretary. He worked on the National Economic Council and at the Consumer Financial Protection Bureau under President Barack Obama.

The transition team Monday also released the names of three of the folks Biden wants on his Council of Economic Advisers.

The name of the group sounds boring, but who’s on the CEA matters a lot in terms of the policy coming out of the White House, said Jamin Speer, professor of economics at the University of Memphis.

“The Council of Economic Advisers is essentially the White House’s own economic think tank. Or maybe you could say, the academic arm of the White House,” Speer said.

The academic part of this incoming crew is Cecilia Rouse, who was nominated to lead the CEA. She served on the council under Obama and is a dean at Princeton.

The other two members announced Monday come more from the think tank world. Jared Bernstein is affiliated with the Center on Budget and Policy Priorities and Heather Boushey with the Washington Center for Equitable Growth.

“The choices signal that you’re going to see maybe some more outside-the-box policy ideas — ideas that academics might think are a little bit out of the mainstream,” Speer said.

Thinking differently about the role of Wall Street and big corporations, for instance, or how much debt is tolerable to achieve social goals.

“I see this as really signaling that getting people back to work [and] economic well-being for the poorest Americans and racial minorities is going to be a top priority,” Jayachandran said.

Having this group at the table for economic decision-making also will likely change which ideas are brought to the table, said former Fed economist Claudia Sahm, who also worked at the CEA.

“You’ll see that in the type of analysis that the president and the White House gets, I truly believe that more diversity brings better economic policy,” Sahm said.

If confirmed by the Senate, Rouse will be the first African American woman to lead the CEA.