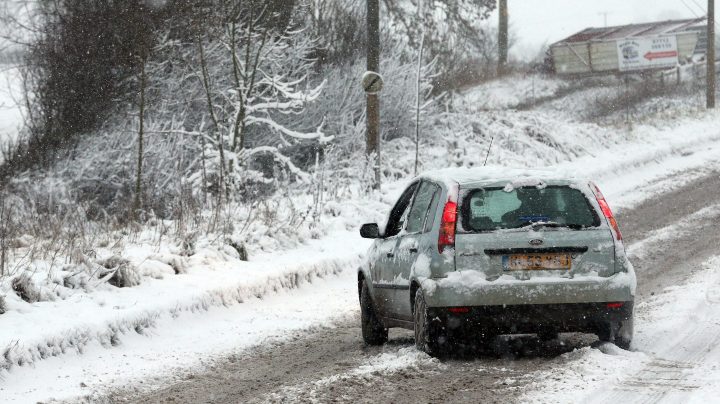 COPY
Government spending during a recession needs to be like "turning into a skid," said economist J.W. Mason. "When your tax revenue is falling, you need to pick up the spending." Matt Cardy/Getty Images

Government spending during a recession needs to be like "turning into a skid," said economist J.W. Mason. "When your tax revenue is falling, you need to pick up the spending." Matt Cardy/Getty Images
Listen Now

As President-elect Joe Biden begins his presidency, it’s likely that the word “austerity” will start showing up in stories about the economy. So here’s a primer on what austerity is, and why you’re likely to start hearing about it soon.

“In the policy sense, we think of it as reducing the budget deficit. That’s the goal,” said Lara Merling, an economist at the International Trade Union Confederation who studies the impact of austerity policies. “It’s a combination usually of spending cuts and maybe tax increases, but what we usually see is it targets the spending cuts side,” she said.

How does austerity impact economic recoveries?

“Economic downturns are a situation where it’s a little bit like having to turn into a skid,” said J.W. Mason, a professor of economics at John Jay College of the City University of New York. “If your car is skidding, your first instinct is to pull the wheel the other way, and then you just lose traction and fly off the road,” he said.

Now think about an economic downturn.

“Our instincts say, if taxes are falling, if the economy is slowing, we should tighten our belts, we should do more with less, we should figure out how to cut back to the essentials,” Mason said. “But that when you’re the government and you take that sort of action, you’re actually making the problem worse. You have to be willing to actually do something that seems a little crazy, just like turning into a skid, which is when your tax revenue is falling, you need to pick up the spending.”

During the Great Recession, many countries around the world, including the United States, increased government spending to stimulate the economy.

Shortly after Barack Obama took office, he signed the American Recovery and Reinvestment Act with the goal of putting $787 billion into the U.S. economy. After that, however, there were calls for the government to “tighten its belt” and pull back on spending.

“Around 2010, when the recovery hadn’t been complete for most people, there was this push to now, all of a sudden, worry about the deficit and cut spending,” Merling said.

In the years that followed, there were spending cuts across the federal government, including programs that put money into state and local governments still recovering from the recession.

“That premature turn away from stimulus, I think it’s widely understood now, really deepened the recession and made the recovery much slower than it otherwise would have been,” said Mason of John Jay College.

“So when you say ‘austerity,’ I think of how much lower family incomes were prior to the pandemic than they needed to be,” said Heather Boushey, president and CEO of the Washington Center for Equitable Growth, a progressive think tank focused on inequality.

Why are we talking about it now?

Boushey said the national debate about austerity tends to follow political cycles rather than economic ones.

“There’s a lot of politicians who talk about austerity when the other party is in power,” she said. “We might see more folks who previously weren’t talking about austerity starting to use this as a political bludgeon to argue why government shouldn’t do things that are actually going to improve people’s lives.”

“There’s always been people out there who would like to cut government spending because they think the stuff government does is wasteful or counterproductive or actively harmful,” Mason said. “They see a situation where tax revenues are falling and where there’s an economic crisis as an opportunity to push that agenda they supported anyway.”

There are already signs that concerns about the federal deficit (which hit a record of $3.1 trillion in the fiscal year just ended) will impact the pandemic economic recovery.

Back in March, Congress and the White House spent more than $2 trillion to keep the economy functioning when they passed the Coronavirus Aid, Relief and Economic Security Act. But since then, no additional funding has been allocated.

Though both parties have said the economy needs another relief package, Senate Majority Leader Mitch McConnell has been firm that what’s needed next isn’t the $1.82 trillion or $2 trillion that House Democrats and the White House have been negotiating on, but something closer to $500 billion.

“On the one hand, I’m seeing a lot of calls for us to not fall into the trap of austerity,” Boushey said. “But as we’ve talked about here, the question is really whether or not the politics will be in favor of doing the things that are going to boost incomes for American families.”