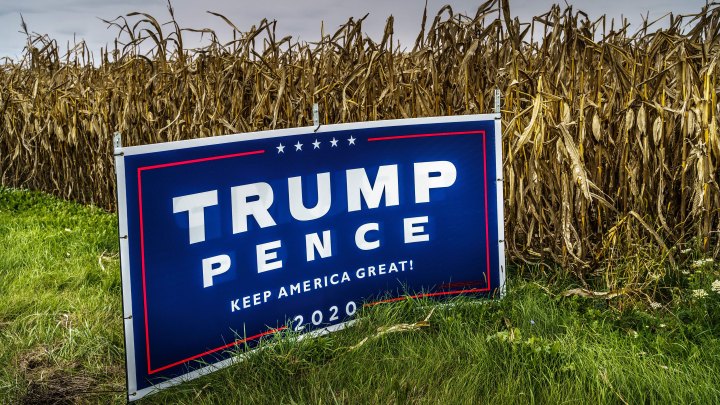 As we start to get the post-mortems on the election, it’s clear we are in a deeply divided country in many ways — including economically. A report from the Brookings Institution says counties where the majority of voters supported President-elect Joe Biden are responsible for a much bigger share of economic activity than those that supported President Trump.

In 2020, counties that voted for Biden were responsible for 70% of the country’s GDP, according to Mark Muro, author of the report and senior fellow at the Brookings Institution.

“So the two camps really are occupying very different worlds,” he said.

The mostly urban and suburban areas that voted for Biden have more high-wage, white-collar jobs, while the more rural Trump supporting areas rely on lower-wage industries like farming and manufacturing that aren’t growing as quickly.

“If you’re a rural resident, you’re seeing that economically, your type of community is struggling,” said Katherine Cramer, a political scientist at the University of Wisconsin-Madison.

But urban and rural fates are intertwined, said Roberto Gallardo, an expert on rural economic development at Purdue University.

“I think if one does not do well, the other one struggles as well,” he said.

Urban regions need the food, energy and goods produced in rural areas, which likewise depend on the consumer power and innovation of cities.