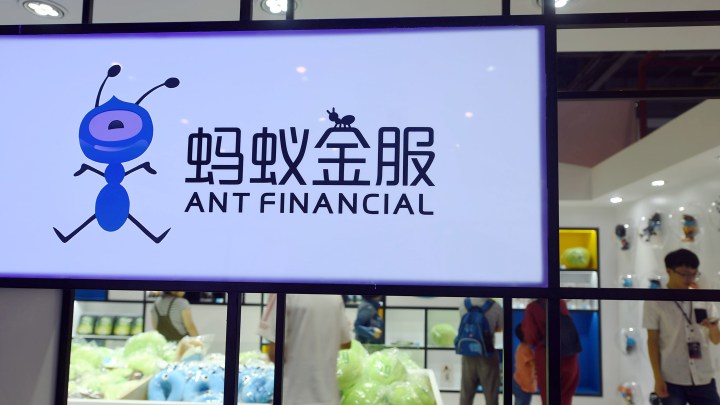 “The company may not meet listing qualifications or disclosure requirements,” an Ant Group statement said.

For Chinese investors and regulators, the IPO was meant to mark a celebration of the world’s largest listing, taking place in China rather than London or New York.

Ant Group is no small insect in the Chinese economy, as its signature financial payments app is used by 700 million people.

“In China, they don’t use credit cards. They link their bank account into this digital wallet,” said Martin Chorzempa, research fellow at the Peterson Institute for International Economics and author of a forthcoming book on Chinese financial technology. “And then they scan QR codes everywhere to pay for things. They can also shop online through it. They can buy gold and investment products, get loans, get insurance.”

Two weeks ago, Ant controlling stakeholder Jack Ma, one of China’s most famous entrepreneurs, blasted Chinese financial regulators for red tape and not understanding companies like his. To many, that crossed a line, and the government is assumed to have struck back by freezing the IPO — for now.

“The state is paramount in China; I should say the party is paramount,” said Fraser Howie, longtime China market analyst and co-author of the book “Red Capitalism.” “Even though Jack is a member of the party, business cannot be devolved from politics in China.”

Social media in China is now filled with wisecracks about ants getting crushed, and an old film clip of Jack Ma, playing a kung fu master, apologizing profusely to the cops.

Howie said the lesson for international investors is: beware of the China market, and interference of the state.

Another cautionary message has to do with Chinese innovation. Chorzempa said in the U.S. it’s normal for a tech CEO to tell Washington bureaucrats to “back off.” But when Jack Ma says that in China, he’s put in his place.

“The pendulum continues to swing towards control and away from the freedom which encourages innovation,” Chorzempa said.

He noted that Chinese authorities fear Ant Group could make borrowing too easy and put the financial system at risk.