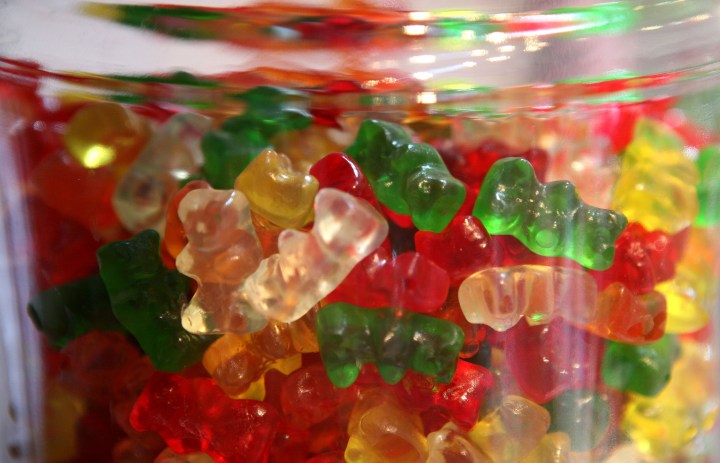 The U.S. dollar plays an important role in the global economy as the de facto reserve currency. This means, for instance, the price of oil is set in dollars, the dollar is the most traded currency and central banks across the globe hold their savings in dollar assets.

During this pandemic, if you take a look at the DXY index, which measures the dollar’s strength against other currencies, the greenback has hit some highs and lows. And those value changes influence how much things cost.

Tarek Hassan is an associate professor of economics at Boston University. He’s also a consumer of German gummy bears — increasingly expensive German gummy bears of late. Hassan noticed that when he went to buy the pack he likes last month, “it cost 10% more than it did in April, so those gummy bears now cost me 24 bucks rather than 21.”

And the reason his gummy bears cost more is that the dollar’s value is lower than it was back in the spring, so Hassan’s dollars didn’t stretch as far. Essentially, compared to the euro, the dollar wasn’t worth as much, so the bears were more expensive.

While the difference was only a few bucks, if you zoom out, his purchase can tell us something about the global economy. Hassan explained, “The same thing that’s happening to my gummy bears is now happening to all goods that are imported to the U.S.”

So U.S. consumers and importers will pay more for goods when the dollar is weaker.

But that same weaker dollar is actually helpful for U.S companies selling goods overseas. “U.S exporters now are more competitive abroad,” Hassan said. “Because, for example, Europeans will now find U.S.-produced goods a bit cheaper than they used to be.”