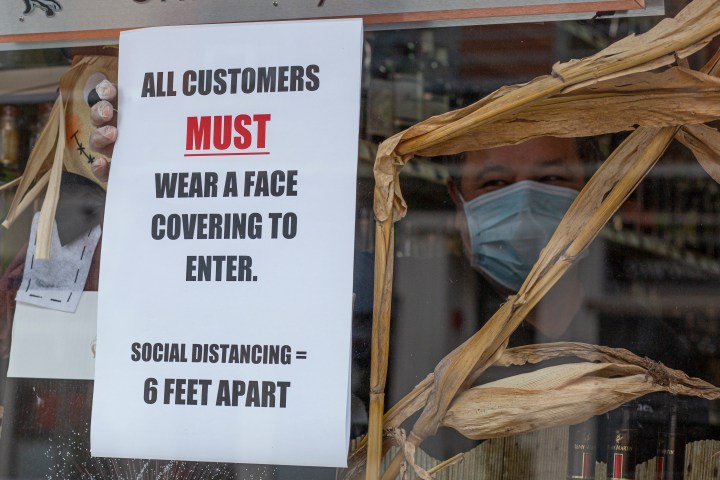 And the advancing cold weather in much of the U.S. is only likely to make the situation worse, with people having to stay indoors.

A funny thing is happening with consumers though: Even as COVID-19 cases rise, Americans don’t appear to be shying away from stepping indoors to shop or eat or exercise.

Consumers these days are feeling sort of meh. Confidence has pretty much flatlined since late summer.

But something sort of opposite is happening too.

Morning Consult asked consumers how comfortable they feel going out to eat, to the shopping mall or on a vacation. And their willingness has been rising.

“You know there is this sort of virus fatigue, changing consumers’ risk-tolerance levels,” said Leer.

“Some people are so excited — just walk in and are like ‘yay, you’re open!’ You’re like ‘yeah, man, put your mask on,'” said Karen Harding, who owns a neighborhood cafe in Portland, Oregon. She says when Cup & Saucer reopened a couple months ago with indoor and outdoor seating, some regulars rushed in.

“I’ve also had phone calls from people saying you know, ‘why are you open and risking people’s lives?’” said Harding.

Surveys find consumers’ attitudes vary by age and income, and by political affiliation, said Chris Jackson, who heads up polling at Ipsos.

“Republicans are decidedly in favor of reopening the economy, they don’t really believe the coronavirus pandemic’s that big of a deal. Whereas Democrats are very much opposed to the idea and prioritizing public health over the economy,” Jackson said.

Jackson said this is true even though Republicans and Democrats polled by Ipsos have suffered economic effects of the pandemic, such as job loss, at similar rates. 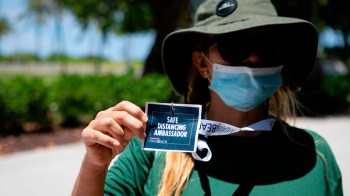 Would a resurgence of COVID-19 hurt the economy?