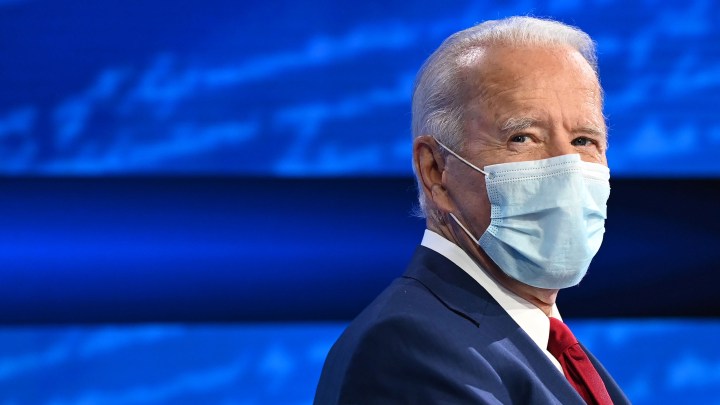 COPY
Oil and gas companies are increasing their share of campaign donations to Democrats this year. Still, 85% of that industry's donations have gone to President Trump’s campaign or to Republican candidates and conservative causes. Jim Watson/AFP via Getty Images
Elections 2020

Oil and gas companies are increasing their share of campaign donations to Democrats this year. Still, 85% of that industry's donations have gone to President Trump’s campaign or to Republican candidates and conservative causes. Jim Watson/AFP via Getty Images
Listen Now

By one estimate, $11 billion will be spent on this year’s election. One interesting sliver of that is the $87 million coming in to the races from oil and gas companies, mostly to Republicans.

But with polls showing strength for Joe Biden and some Democrats vying for Senate seats, fossil fuel companies appear to be hedging some bets now.

David Brancaccio: Democrats are getting more of this oil money?

Nova Safo: They are. The numbers still vastly favor Republicans, according to the Center for Responsive Politics, a nonpartisan research group. Eighty-five percent of oil and gas donations have gone to President Donald Trump’s campaign or to Republican candidates and conservative causes.

But Biden’s campaign has also benefited. It’s taken in about $900,000 from people and political action committee’s associated with the oil and gas industry.

Two of the biggest oil giants, Exxon Mobil and Chevron, they’ve bumped up their donations to Democrats compared to the 2016 election. Chevron has spent almost $5 million in this election cycle, and 28% of that went to Democrats. Exxon has donated a little over $1.5 million, 41% to Democrats.

Brancaccio: These are some of the biggest oil companies. Are they also the biggest donors in that industry?

Safo: The biggest donors favor Republicans, Chevron is one of them.

But among the biggest of the big: Energy Transfer Equity, owned by Kelcy Warren. He controls the Dakota Access Pipeline, the subject of a coordinated protest by Native American tribes — thousands camped out in North Dakota.

And then there’s Koch Industries, the second-largest donor, giving $10 million. And of course Charles Koch is a well-known conservative donor.