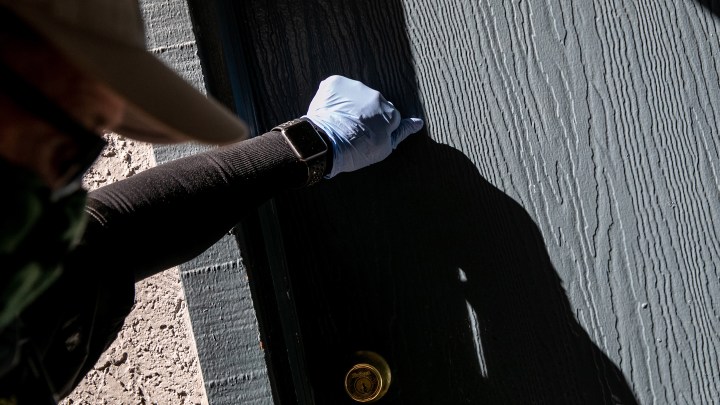 COPY
Property owners around the country are suing the CDC over its eviction moratorium. Above, a Maricopa County constable knocks on an apartment door in Phoenix before evicting tenants for nonpayment of rent on Oct. 6. John Moore/Getty Images
COVID-19

Property owners around the country are suing the CDC over its eviction moratorium. Above, a Maricopa County constable knocks on an apartment door in Phoenix before evicting tenants for nonpayment of rent on Oct. 6. John Moore/Getty Images
Listen Now

Sonya Jones produces chicken eggs on her farm in Southeast Georgia. As she’s earned money over the past 20 years, she’s invested in more than a dozen rental properties.

“When you work by yourself, you don’t really have retirement,” she said. “So that’s what I’m trying to do — just build that up so that I will have something.”

But recently, a tenant in one of those properties kept falling behind on their monthly $450 rent. And when Jones tried to evict the tenant in court, she learned that the Centers for Disease Control and Prevention has halted residential evictions for now.

“What right do they have to tell me I can’t have my own property?” Jones said.

Jones is one of the property owners around the country suing the CDC over its eviction moratorium. The federal agency ordered a stop to evictions in cases where tenants are behind on rent to help prevent the spread of COVID-19. But some landlords say the moratorium is government overreach.

The CDC order places landlords in an impossible position, said Robert Pinnegar, president of the National Apartment Association, another plaintiff in the case.

“The industry is trying to work as much as possible with residents to be able to help them bridge this gap. But with every passing month, it is a challenge,” Pinnegar said.

He said some landlords may not be able to survive. They have mortgages, and he said the government has to help. The amount of missed rent this year could total $34 billion nationwide, according to a report by the National Council of State Housing Agencies.

The government can prohibit evictions, Dunn said, as long as there’s a rational basis. And when there’s a pandemic?

“Well, then, absolutely, there’s a rational basis to curb these sort of things,” he said.

The moratorium is effective through Dec. 31. 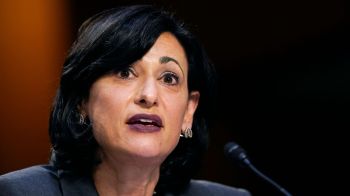 In 2 decisions, CDC signals the pandemic still has months to go