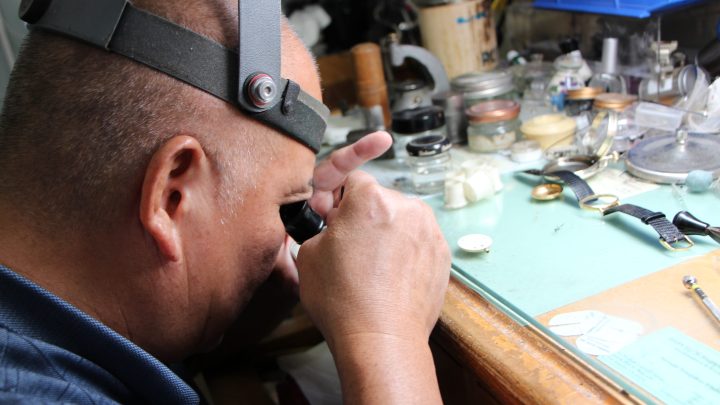 Paul Bragan calls the 20 watches in his collection “mechanical art.”

The senior partner at a consumer research firm in Arlington, Virginia, has spent the pandemic cooped up at home and is using his free time to consume voluminous online content about luxury and vintage watches — the high-priced realm of brands such as Rolex and Patek Philippe, which are experiencing a remarkable resurgence at a time economies around the world are struggling to regain lost ground.

“In March and April, when I was talking to other collector friends, one of the common questions we’d ask each other was ‘What rabbit hole are you down … these last few days?’” Bragan said.

Collectors, bored and curious newcomers, and high-income earners who did not spend money on summer vacations are fueling demand in watches that cost thousands of dollars — and sometimes six figures. Most of the watches are Swiss made, and according to the Federation of the Swiss Watch Industry, exports of watches costing more than $3,000 are now essentially back to where they were last year, down a mere 0.1%.

WatchBox, an online buyer and seller of luxury watches, is reporting a similar phenomenon. In the first half of this year, it sold about 48% more watches costing between $50,000 and $100,000 than in the comparable period in 2019, a spokesperson said. Its earnings have grown more than 25% in the first half of 2020.

The company, which operates globally and does most of its business online, sold a Patek Philippe this year for about $700,000.

Luxury brands have taken note. With brick-and-mortar stores closed over the summer, some relied on splashy Apple-like product unveilings on YouTube, Instagram and elsewhere to generate excitement about their new offerings.

Reginald Brack, a watch industry analyst at The NPD Group, said the staid luxury brand industry — both Swiss and Japanese — is doing a better job reaching customers online through social media. And some of the excitement the brands are generating is spilling over to new customers, not just those who are already collectors.

“The major auction houses that have been conducting weekly luxury sales in watches and jewelry have been reporting that a big percentage of those new customers are new to the brand,” Brack said.

Demand is so great that even some brick-and-mortar stores, such as the Second Time Around Watch Company in Beverly Hills, are getting a boost — and the shop’s online presence is helping.

Since March, owner Jon Goldfarb has seen foot traffic drop precipitously around his shop, where there are restaurants and other draws. But his website and Instagram page, filled with photos of his shop’s latest vintage offerings, have kept the customers coming and buying.

“A lot of people that physically come into the store found us through our online stuff, but they want to physically touch and feel the watch,” said Goldfarb, who estimates that about 70% of his business now originates online — a modest increase from pre-pandemic levels.

“I will say that a lot of these other businesses that have a brick and mortar store, some of them are only doing appointments or they’re closing completely,” Goldfarb said.

Less expensive watches are also struggling. Exports of watches that cost under $200 are down 43.5%, according to the Federation of the Swiss Watch Industry.

“The rich are getting richer and the poor are getting poorer, meaning that that luxury segment is doing extremely well at 3,000 plus, and it’s actually had twice as fast of a recovery as the remaining market,” Brack said.