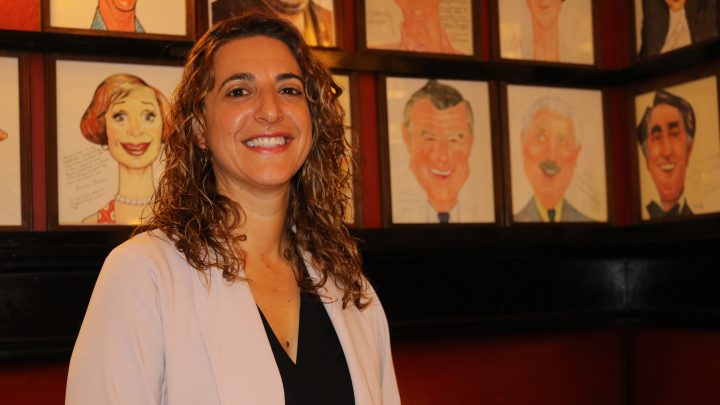 Yesterday, New York City Mayor Bill de Blasio announced emergency shutdowns in parts of the city where the coronavirus is rising. Then today, New York Gov. Andrew Cuomo blocked that plan. Separate from all that confusion is one quintessential New York institution that never opened back up in the first place: Broadway. Live theater shut down in mid-March, and its doors will remain closed until at least Jan. 3, 2021.

“Marketplace” host Kai Ryssdal spoke with Tony-award winning Broadway producer Eva Price about what it’s like in her industry right now. The following is an edited transcript of their conversation.

Eva Price: It’s been a year since we first met, Kai, and I think about you often.

Kai Ryssdal: I know, I was thinking the other day, “It’s gonna be a while before I get back to New York City.” All right, so look, what are you doing with yourself, since you can’t actually be producing stuff right now?

Price: I, and everyone in my industry, is busier than ever. It’s really crazy. There’s just a lot to do. People are finding ways to create right now. You’ve got, you know, performers writing and releasing their first albums. Costume shops are making PPE. You know, stage hands are building houses. I’m creating other ways of telling stories through other mediums for theater, and I’m still producing my big Broadway musical. It’s just taken a few minutes until we get back on Broadway.

Ryssdal: Let’s get the plug in here right it’s “Jagged Little Pill,” Alanis Morissette stuff. And had it like just opened when things shut down? Or you guys were just getting going, right?

Price: We opened Dec. 5, and things shut down March 12. We were three months in. And we have a group of really active and, you know, engaged artists who are taking this campaign season very seriously. They’re getting out the vote. You know, we’re keeping busy with that. And I did the predictable thing, and I even started a podcast.

Ryssdal: Well, welcome aboard, welcome aboard. Let’s talk about, actually, the whole campaign season and not the politics of it, but economic relief for Broadway and the performing arts. You are working on that hard too, right?

Price: Absolutely. You know, I’m part of the executive committee at the Broadway League, which is our trade association. They’re working really hard. They’re in touch with all our government officials. And you know, we’re part of the HEROES Act. So you know, the Save Our Stages bill is now a thing that we’re working hard to try and make happen as a reality.

Ryssdal: How hopeful are you? I mean, you know, you follow the negotiation news as closely as anybody, I’m sure. And they’re like barely talking on the phone, Pelosi and Mnuchin.

Price: I’m not hopeful of anything, Kai. I’m an optimistic person who sees the positivity and the glass as full. And today I’m sitting here, you know, jingling my ice my glass is so empty. It’s rough out there. It’s hard to stay hopeful of all the things that we need to get live theater back. Broadway was the first to shut, we’ll be the last to come back. And I’m hopeful that that support can come from our leaders. I mean, Broadway is the beating heart of New York City. This is — the city is the beating heart of America. And to not have live entertainment, it’s hard to understand how this country will feel normal and feel alive again.

Ryssdal: I’m not going to ask you to prognosticate on when that might be, because it is of course unknowable. I am curious, though, as to what kind of planning you’re doing. Because at some point, you’re going to get some indicators. And then the governor is going to say go, and you’re going to want to be ready.

Price: Absolutely. You know, I’m worried right now and working right now to keeping the mental health of my company strong and intact. I’m bringing opportunities for them outside of the live theater space. These are people who are like Olympic athletes. They were rearing and ready and going every night. So I’m working on that and preparing for the moment we are ready to go, by making sure that everyone’s head and heart is in the game and ready to do it. And that’s the thing that I worry about each day, because I can’t read a tea leaf and tell you when our day is. I just know that we can work hard to be prepared for when our day is. 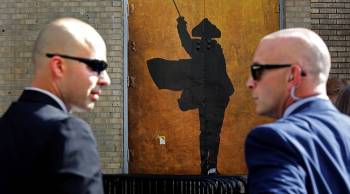