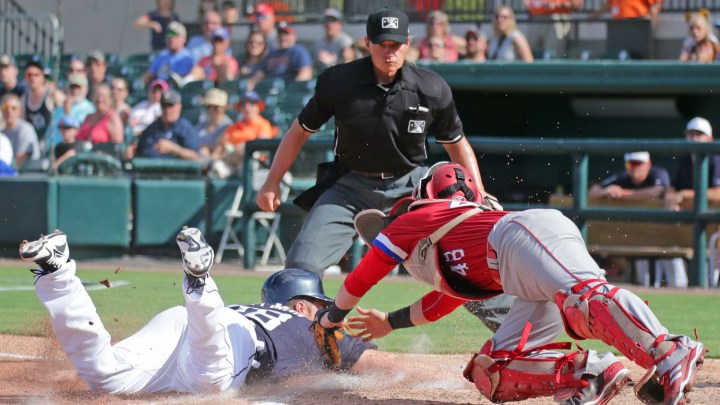 COPY
Jen Pawol is one of two women umpires working in professional baseball. Courtesy of Jen Pawol
My Economy

For Jen Pawol, summers are usually spent working baseball games around the country. She is one of only two women umpires in professional baseball. In February she was promoted and joined the Florida State League, but as the pandemic upended minor league baseball, she never left her home in Decatur, Illinois. She had to find ways to keep busy while waiting out the pandemic.

During the off-season, Pawol runs Evolve 2 Excellence, where she works with young players on their baseball skills. But with the season canceled and her students stuck in quarantine, she saw an opportunity to grow her business.

“I just tried to make this a positive thing,” Pawol said. She spent the summer taking online classes to revamp her business and refine the curriculum. She even wrote a textbook for junior umpires in her program — something she has wanted to do for years, in hopes to get more young women interested in the game.

“Finally, just to have the time to sit still and actually put it together and think has been great,” Pawol said.

For many minor league umpires, a second job is crucial during the off-season. It can take 10 to 15 years before being promoted to the majors, which is the ultimate goal for many umpires. So even with the season canceled, this year hasn’t felt entirely alarming for Pawol.

“We’ve already built it into our mentality that it’s going to be a long haul,” she said. “And this is just what happened this year.”

The silver lining to all this is Pawol got to enjoy her first summer at home in nearly a decade.

“To be able to barbecue, and plant a garden and walk my dogs myself, it’s been really nice. Refreshing.” she said.