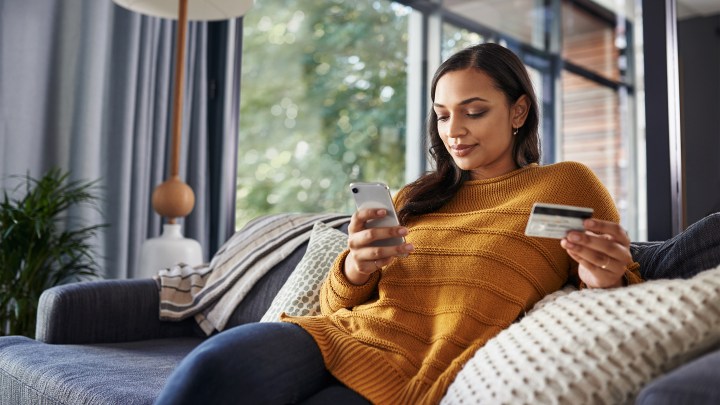 You were always supposed to pay taxes on the stuff you bought online. But until recently, states could not require online retailers to collect those taxes.

“Individuals who purchased goods were expected to keep track of the untaxed items they purchased and remit to the state,” said Jared Walczak, vice president of state projects at the Tax Foundation.

As you might imagine, “compliance was incredibly low,” he said. “Barely anyone did it.”

States were losing hundreds of millions of dollars in taxes a year.

Then came the Supreme Court’s 2018 ruling in the case South Dakota v. Wayfair, Inc. The court ruled that states could pass legislation requiring online retailers to collect taxes on their behalf.

Turns out, that came at a good time.

“With the pandemic and so many people staying home, that has caused a significant increase in the amount of purchases that are online,” said Texas Comptroller Glenn Hegar.

People are buying laptops and bike shorts and patio furniture online, and before the Supreme Court decision, Texas would not have collected taxes on most of those purchases.

The state estimated it would bring in an additional $500 million a year because of this ruling. It’s actually collecting double that.

Meanwhile, in Kansas, tax revenue is up by 9% compared to this time last year, in part because of this decision.

“I think it’s actually helping the states quite a bit,” said Lucy Dadayan, senior research associate at the Urban Institute. “Every single state that I have been looking at has been reporting substantial increase in sales tax revenues from online sales.”

She said a lot of states are still seeing their revenue drop overall.