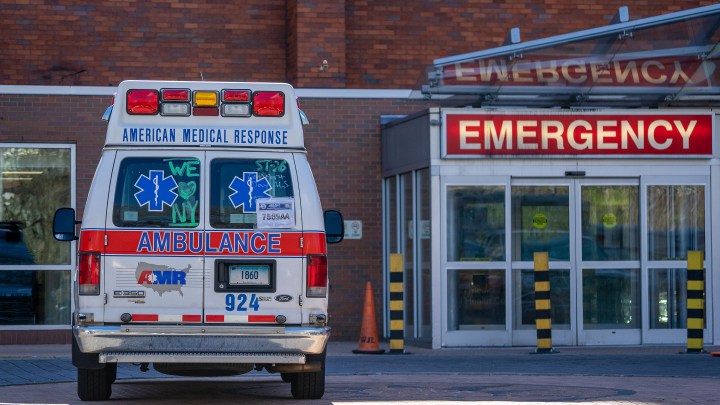 A new study finds that more than 5 million of those laid off also lost their health insurance and didn’t find an alternative.

Marketplace’s Nova Safo is following this. The following is an edited transcript of his conversation with “Marketplace Morning Report” host David Brancaccio.

David Brancaccio: Nova, the Affordable Care Act and Medicaid are among the safety nets designed to get people insured, so why have so many been left without coverage?

Nova Safo: The health care advocacy group Families USA, which put out this study, says these are people who have fallen between the cracks in the system. And it’s a lot of people ⁠— nearly 5.4 million workers.

I spoke this morning with Stan Dorn, who authored the study, and he says there’s just more need for health insurance coverage than the current system is designed to handle:

And there’s another problem: Unemployed workers are getting that additional $600 a week in pandemic aid. That counts as income in the health insurance marketplace, and the more income you have, the less money in subsidies you get to pay the monthly premiums. So you have a situation where people are getting needed financial aid, but it’s making health insurance less affordable, and they’re doing without.

Brancaccio: How many people total are uninsured now in the United States?

Safo: The exact number we won’t know until sometime next year, when the federal government releases figures. But Families USA estimates that nearly 31 million adults in this country now don’t have health insurance coverage.

And Dorn wants lawmakers to act:

It’s worth pointing out: In seven states that have more significant problems with number of uninsured adults, COVID-19 infections are now spiking.