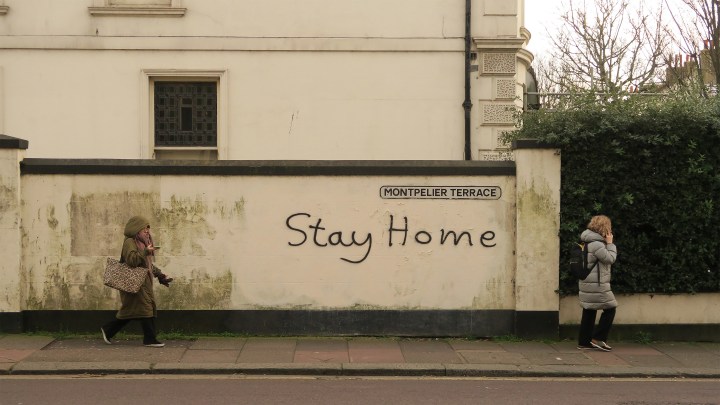 COPY
A million jobs have been lost in the United Kingdom during the COVID-19 pandemic as people stayed home and practiced social distancing. Mike Hewitt/Getty Images
COVID-19

A million jobs have been lost in the United Kingdom during the COVID-19 pandemic as people stayed home and practiced social distancing. Mike Hewitt/Getty Images
Listen Now

In Britain, the lockdown has been eased further as the COVID-19 infection and death rates have continued to decline, but the baleful economic effects of the pandemic are multiplying.

Whole industries ground to a halt during the shutdown, and the social distancing rules have rendered many businesses in the hospitality and leisure sectors nonviable. Unemployment is rising inexorably. At least a million jobs have already gone and many more are likely to go when the government begins to wind down its furlough scheme under which it’s been paying the wages of more than 8 million workers. Expect a “tsunami” of job losses, one of Britain’s leading recruitment agencies said.

For the United Kingdom — which, like the United States, has been a job-creation dynamo in recent years — the return of large-scale unemployment  represents a big culture shock.

Emma Timberlake, a 32-year-old from Thurrock in Essex, has been hit particularly hard by the loss of her job as a sales administrator with a small construction firm.

“I’m gutted,” she said. “I loved my job. I’d been there for five years. The manager was lovely and the operational director was lovely. It was a home from home. It was my forever home. I was really happy there.”

A few weeks into furlough, however, Emma received a letter, just two sentences long, telling her that she’d been laid off.

“When you give five years of your life, and you’re passionate about what you do and the clients and customers — to have that terminated in two sentences, I was heartbroken. I’m heartbroken, still,” Timberlake said.

Most shocking has been the sudden change in the whole labor market. In a country famous for the ease of finding work, Timberlake has now applied for more than a 100 mostly run-of-the-mill jobs, without success.

“This is the first time I do not feel optimistic about possible job prospects,” she said. “This not looking good.”

Sian Melonie, a 35-year-old from East London, lost her marketing job in March. She’s also feeling increasingly despondent. She admits that the fruitless, dispiriting search for work is getting her down.

“It’s quite terrifying now that I apply and applications go into a black hole,” Melonie said. “I hear nothing back. There’s just silence. Nothing.”

Melonie lives with her boyfriend, who’s kept his job. But she’s an independent young woman who’s determined to pay her way and is dipping into her savings. Unemployment, a totally new experience for her, is taking its toll.

“It’s a big black cloud over me that I’m not earning, and we’re now coming into the third month,” Melonie said. “How many more months is it going to be? I’ve never not had a job. I love to work, I really do.”

But while lockdown has caused the anguish of unemployment for many, for some it’s provided an opportunity to pivot and set off in a totally new direction.

Cece Philips, 24, had been working from home for her ad agency employer, but she decided to quit that job and launch herself as a full-time artist.

“It was being in lockdown, being at home, thinking about what was important and spending a lot of time painting and getting so much enjoyment from it, that I made the decision to leave my job,” Philips said. “Obviously the pandemic is awful, and the lockdown has caused just a huge strain on everyone’s lives, but I did also see it as an opportunity to do art.”

So far, the gamble has paid off. Her canvasses are selling briskly and she has six months’ worth of commissions.

“Lockdown presented me with the opportunity to build up my work and follow my passion and really commit to doing something that I had always been too scared or hesitant to do,” Philips said.

But she is an exception. For millions of Brits, lockdown will probably not prove a springboard. A leading recruitment agency predicts that by the fall, unemployment could hit 15%, the worst level of joblessness here since the Great Depression.