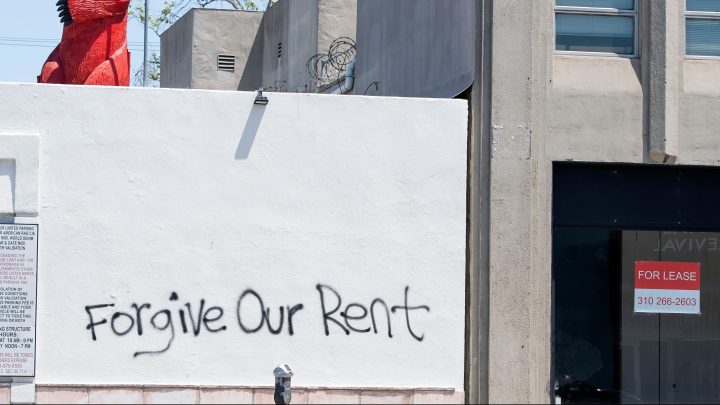 COPY
Around the country, measures were enacted to protect renters from evictions as their incomes disappeared. But those orders are temporary. Valerie Macon/AFP via Getty Images
COVID-19

Around the country, measures were enacted to protect renters from evictions as their incomes disappeared. But those orders are temporary. Valerie Macon/AFP via Getty Images
Listen Now

Before COVID-19, San Antonio resident Nesteschia Ingram worked with folks who have Alzheimer’s, but that work has since dried up.

“I’m paying rent right now and the managers have been very helpful, doing payment plans and stuff like that,” she said.

Ingram is in a better position than many other Texas renters. Even though she lost her job, she’s still able to make rent because her husband’s still working. But Heather Way, a law professor at University of Texas at Austin, said some landlords in Texas are lining up to evict tenants for not paying.

“Families around the state are really having to make hard choices between do I pay rent, I put food on the table, do I pay these health care bills?” Way said.

And given those choices, many Texans will choose not paying rent.

Back in March, the state of Texas enacted measures to protect renters from evictions as their incomes disappeared. But that order, like others around the country, was temporary.

It’s back to pre-pandemic days as of May 19 in many Texas cities — if people can’t pay the rent, their landlord can try to kick them out.

And if that results in eviction, that could ultimately lead to damaged credit, difficulty finding another place to live and homelessness.

But Fred Fuchs, a tenant advocate for Texas RioGrande Legal Aid, warns landlords to avoid a rush to evict.

“If they can forbear and they are willing to be reasonable, I firmly believe they will be way ahead,” he said. “Who are they going to lease to in this economy right now?”

Mark Hurley, Nesteschia Ingram’s landlord in San Antonio, wants to avoid evicting his tenants. He said it costs about $3,000 to turn around an apartment.

But many housing advocates worry that Hurley is in the minority among landlords, and now that the state moratorium on evictions has been lifted, more people will be forced out of their homes.